The Australian miner, St Barbara, says the Solomon Islands government is best placed to determine the future of the Gold Ridge mine.

The mine has not operated since being damaged in the April floods but there are growing concerns about the tailings dam bursting its banks if a proper spillway is not created. 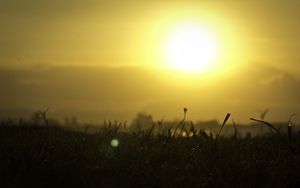 The government has put the onus on the owner but the chief executive of St Barbara, Bob Vassie, says it needs significant assistance in terms of security, roading infrastructure and environmental consents.

He says the company has already spent millions on the water system and is prepared to do more but the critical factor is Prime Minister Gordon Darcy Lilo's announcement in August that the government was negotiating to buy the mine.

"That puts the government in the best position to determine its future. As you know the mine is the only mine in the country, and in a country where the budget is not in too good a shape and employment was low, this was employing 700 people and contributing millions and millions of dollars to the local economy."