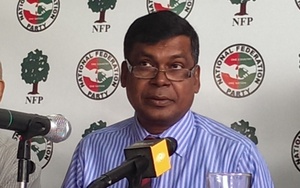 Biman Prasad says the Government should establish an independent committee to set a fair pay scale for politicians.

He says it is the responsibility of the government to ensure transparency and accountablity in setting parliamentary salaries.

Dr Prasad says MPs should not have a hand in deciding what they should be paid.

"I would call upon the government to immediately appoint an independent committee so that that committee has the responsibility of determining the appropriateness and the nature of benefits that the members of paliament and ministers and other office holders within the parliament, should get."

Dr Prasad says Fiji now has a democracy and he hopes those from the previous government who have been re elected can transform themselves into real democrats and serve the people of Fiji.