French Polynesia's territorial assembly is today due to elect a successor to Edouard Fritch who quit the post of assembly president last week. 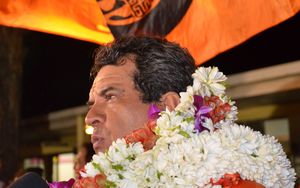 Mr Fritch was elected President after Gaston Flosse was removed from office as part of a sentence for corruption.

"The ruling Tahoeraa Huiraatira last week upheld Flosse's wish to nominate the government's spokesman, Marcel Tuihani, as its candidate for what is considered to be the second highest office in the territory.

With two thirds of the seats held by the Tahoeraa, Mr Tuihani is assured of a victory.

The re-arrangement of the leadership will then be followed by the formation of a new government, whose make-up will be announced by Edouard Fritch.

Several new ministers are expected to be in the line-up for the remainder of the government's five-year term."