The Solomon Islands Health Ministry has confirmed that two children have died from complications related to measles, as the outbreak escalates. 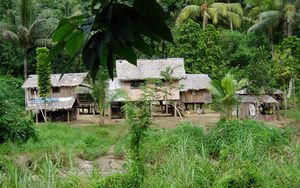 Over 550 cases of measles have been reported since the outbreak began in July.

The Permanent Secretary of the ministry, Dr Lester Ross, says it's likely there are thousands more cases that haven't yet been reported.

A mass vaccination campaign is aiming at all people aged from 6 months to 30 years of age.

The ministry says children are particularly vulnerable to measles because they are more likely to suffer from complications that could lead to permanent disability or death. Measles can cause blindness, severe diarrhoea, ear infection and pneumonia, particularly in malnourished children and people with reduced immunity.

The epicentre of this outbreak is Honiara, however cases of measles have also been reported in Malaita, Guadalcanal, Isabel, Western province, Temotu, and Renbel.

Measles is a highly contagious disease. It spreads by coughing, spitting, sneezing and over-crowding.