According to FBC news, Brigadier-General Tikoitoga has reiterated the military will not be involved in any way in the upcoming elections as it wants to maintain the integrity and independence of the elections process. 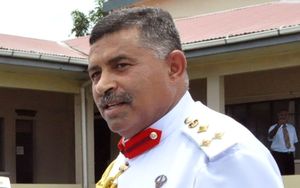 Fiji is due to go the polls on September the 17th.

The military chief says even though the mililtary will not be actively involved in the elections process, national security is still its mandate and he says the Fiji military forces intend only to help police if security requires it.

He says individuals within the forces are allowed to be members of political parties but as an institution, the RFMF cannot be perceived to be interfering in the elections.