A new candidate for this year's election in Fiji says the government ministers should make their salaries public, now that the Fiji First party has been registered and launched. 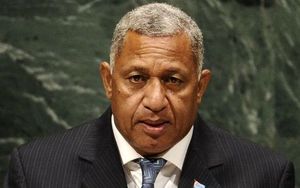 The Fiji Government has promised several times to reveal salaries of ministers, after allegations those with a number of portfolios, such as the prime minister and the attorney general, were paying themselves exhorbitant salaries.

Last July, Aiyaz Sayed Khaiyum told media the government would have to reveal salaries to comply with the political party decree.

It also promised it would do so once the constitution was finalised.

A new candidate for the National Federation Party, Dorsami Naidu, says there can't be double standards leading up to the September poll.