The ten weirdest interpretations of Ode to Joy

The New Zealand Symphony Orchestra is performing Beethoven’s highly recognisable Ninth Symphony this weekend. We count down the ten most interesting interpretations of the famous ‘Ode to Joy’ theme from the fourth movement. 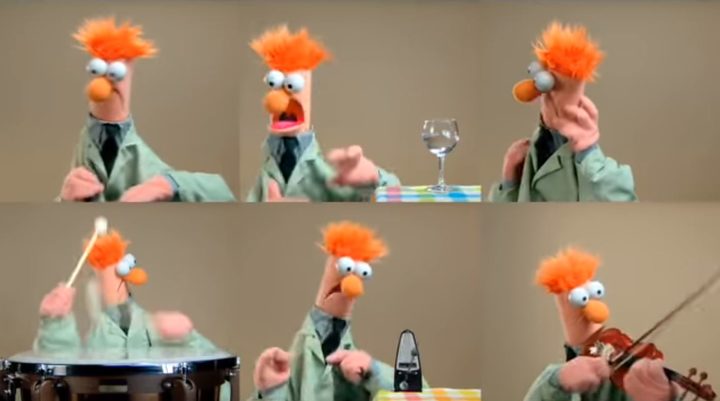 The New Zealand Symphony Orchestra is performing Beethoven’s Ninth Symphony this weekend in Wellington and Auckland.

The ‘Ode to Joy’ theme in the fourth movement is highly popular and has featured in television shows, films and advertisements. It’s also been interpreted by some of the greats... and not so greats.

The RNZ Concert count down ten interpretation we think the audience – and the NZSO – might appreciate.

It’s kind of sad when you realise robots can sing better than you.

9. One for the gamers

Ode to Joy has also been given the 8-bit makeover. This genre of music is also called Chiptune and features synthesized electronic music inspired by vintage arcade games and video games

This features the Europa Philharmonia Budapest Choir and Orchestra, directed by Maximianno Cobra. It comes in at a (shall we say) stately 42 minutes in length – about twice as long as usual. Good luck.

This flash mob has had more than 15 million views on YouTube. It features Orquestra Simfonica Del Valles and was filmed in 2012. We love seeing all the smiling faces and the children conducting along.

This group has only 796 subscribers on YouTube, but we think they deserve a lot more. They try to play everything from Christmas carols to film themes. Here’s their attempt at that famous fourth movement from Beethoven’s Symphony No 9. We guarantee you’ll be in tears.

Always guaranteed to make us giggle, Rowan Atkinson experiences something all choir singers fear (at about 1.40 in).

We love cats, but this rendition does sound like a group of cats being strangled. Just saying.

This interpretation is one for the rock fans. Founding member of Deep Purple, Richie Blackmore, proves Beethoven and electric guitars do in fact go together.