Ross Harris has just returned from Turkey and the world premiere of The Gallipoli Symphony; a work that's been a decade in the making and involved 11 composers from New Zealand and Australia. The New Zealand School of Music holds a birthday concert this week celebrating the composer's work.

Nigel Swinn's photographs of Teina Pora, Louise Nicholas and four prisoners are the focus of an exhibition at the University of Auckland's Gus Fisher Gallery marking 800 years since the signing of the Magna Carta. His exhibition, "No Free Man: To No One Deny Justice" looks at how the justice system affects perpetrators and victims of crime. 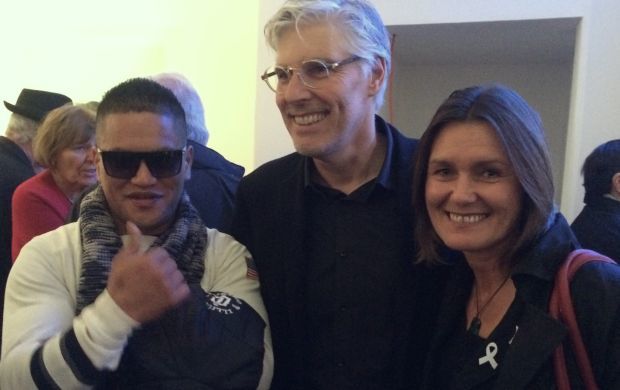 Benjamin Henson is a London born stage director plying his trade in Auckland. His new show Not Psycho, uses Hitchcock's classic film to blur the lines between the real and the non real, but also ask why people love being half frightened to death.