This week it was announced that award-winning New Zealand composer and violinist Salina Fisher will be the Creative New Zealand Composer-in-Residence for 2019 at Victoria University of Wellington's New Zealand School of Music—Te Kōkī.

Salina says: “I'm extremely thrilled and grateful to have this opportunity to return to Wellington and focus on creating new works. Wellington has inspired several of my pieces so far, and I am beyond excited to feel its energy again and reconnect with its creative community through the NZSM.” 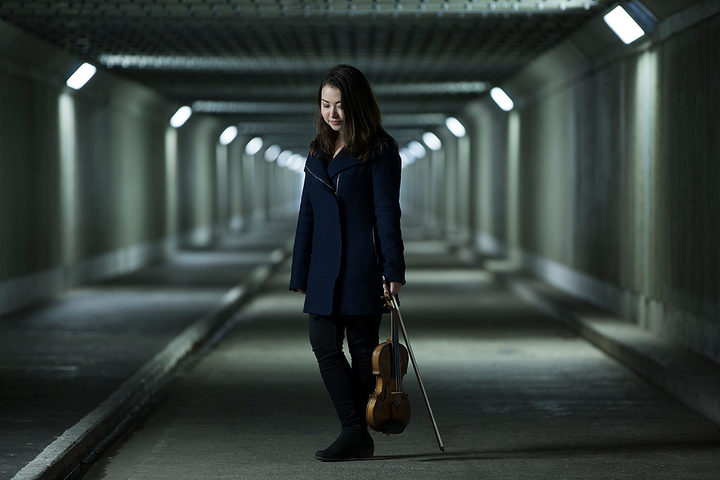 Since late 2017 Salina has been in New York studying toward her Master of Music in Composition at the Manhattan School of Music. Now that she's graduated (taking the Carl Kanter Award in Orchestral Composition for her thesis work Murmuring Light along the way) she will be moving back to Wellington in July to start her 12-month residency.

NZSM Composition Programme Director Michael Norris calls Salina one of the most gifted of the younger generation of New Zealand composers. He says “Salina's music combines both a deep understanding of the conventional chamber and orchestral repertoire with a uniquely Asian-Pacific perspective. Her writing is always concerned primarily with the sensuality of sound; most memorably in her award-winning work Rainphase in which the orchestra simulates the gentle pitter-patter of rain.”

Rainphase won Salina the SOUNZ Contemporary Award in 2016, making her the youngest ever winner of the Award. And the following year she won the SOUNZ Contemporary Award again with her string quartet Torino - echoes on pūtōrino improvisations by Rob Thorne. The traditional Māori flute, the pūtōrino, was the inspiration behind Torino, sparked by Salina's discovery of pūtōrino improvisations by taonga pūoro musician Rob Thorne on Youtube.

"Discovering the music of Taonga Pūoro artist Rob Thorne has been the most deeply moving listening experience in my recent memory." she said. " I was mesmerized by the many powerful and haunting voices that Thorne could produce through one instrument in particular, the pūtōrino, and felt compelled to explore further and respond musically."

In 2015 Salina was tasked with re-interpreting the sixth of Lilburn's ‘Nine Short Pieces’ for Stroma’s Nine Echoes concert which took place on what would have been Lilburn's 100th birthday. Michael Norris describes Lilburn's original as a study in spaciousness where "little grace-note figurations perhaps suggest birdsong or small shards of light piercing the crystalline atmosphere.” For her re-interpretation Salina created a “dreamlike space where the harmonic language is retained [and] familiar fragments emerge in subtle new colours.”

For her 2019 New Zealand School of Music residency, Salina says she plans to work on a number of new pieces including one for shakuhachi, koto, viola and cello, a new piano trio, and an orchestral work featuring pūtōrino.

We look forward to hearing these new works and playing them on RNZ Concert. Congrats Salina!