Hue, Saturation, and Brightness, form a cylindrical coordinate system for colour. Gretchen Albrecht’s Golden Cloud (1973) provided a stimulus, and point-of- departure for the composition of Jelleyman's work, commissioned by the Auckland Philharmonia Orchestra for their 2017 concert series. 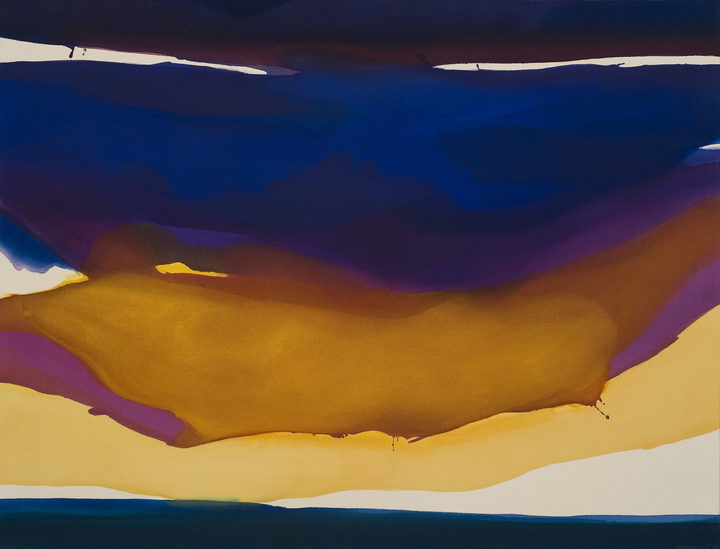 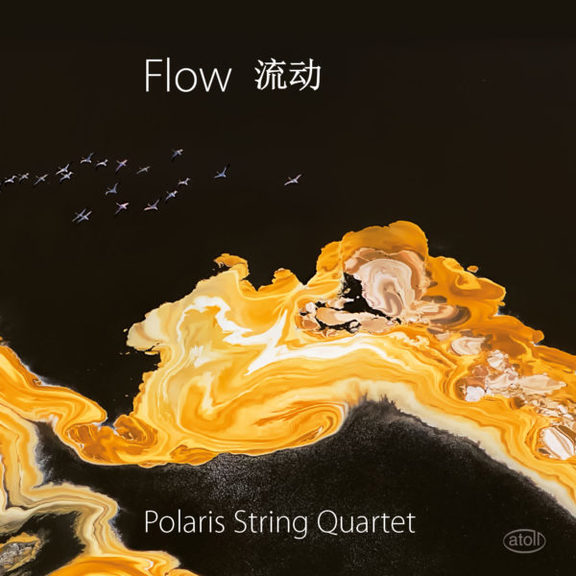 Everything flows, nothing is stationary - Heraclitus

Inspired by the idea of flow, of fluid movement and the reality of constant change, the three parts of Stream reflect thinking about aspects of movement and human consciousness of movement. This includes movement of the human body, of natural elements like air and water, but also the flow created by machines and of digital data. We may be able to constrain time and change for a little while, using technology or with memory, or we may retain connections to past things through remembered song. ‘Run’ suggests the way rapid physical movement can spill across clock time and mechanical measurements. ‘Hold’ presents variations on a forgotten song; the simple melody gradually evolves through repetition. ‘Drive’ balances unyielding rhythmic repetition with outbursts of melody. All three are motivated by aspects of flow and movement as we humans experience it.

When Philip Glass turned 80, to celebrate, the composer, conductor Dennis Russell Davies, and the Bruckner Orchester Linz threw a party in Carnegie Hall. The goodie-bag for the audience was the world premiere of Glass’s Symphony No 11.

The symphony was full of body-rocking vitality...Every moment was compelling in one way or another, whether pointing toward harmonic release, exploding with energy, or just simply lovely. This was forty minutes with neither note nor gesture wasted. (George Grella, New York Classical Review)

Access Contemporary Music has commissioned the Warsaw-based composer Agnieszka Stulgińska for their annual Composer Alive project, which tasks international composers to write music inspired by their homeland. The piece, Dance With my Breath, is innovatively performed in three installments over the span of 90 days. We’ll dive into Agnieszka’s thought process, play each installment, and sit alongside the composer as she hears the world premiere of the completed work for the first time. (WFMT)