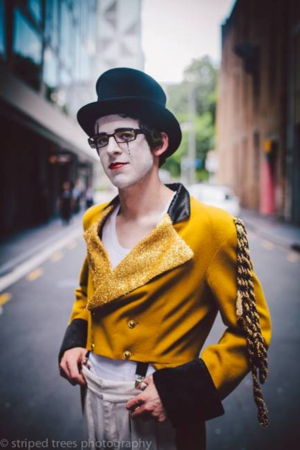 Auckland composer Alex Taylor is the man of the moment – he has two new quartets touring the country with the Enso String Quartet for Chamber Music New Zealand, he’s starring in his own production of Dido and Aeneas recomposed for Unstuck Opera, and he’s got a new piano piece in a concert from the Karlheinz Co on Sunday. Charlotte Wilson caught up with him to talk about all his different hats.

The CSO have a concert coming up this weekend called Pacific Rhythms.Strike plays in a new multi media extravaganza of Gareth Farr’s Concerto for Percussion and Orchestra,  complete with new film by David Downes on a massive , 14-metre screen behind the orchestra.The other composers are also Pacific Rim – Jack Body, who spent a lot of time in Asia, and the great Japanese composer, Toru Takemitsu. It’s the 20th anniversary this year of Takemitsu’s death and to make that occasion we’ll be playing the work that the CSO will be performing, one of his most glorious pieces - A Flock Descends into the Pentagonal Garden. Typically melding east and west, it’s inspired by a dream he had when he was shown a photograph of Marcel Duchamp with a five pointed start shaved into his head, taken by Man Ray.

TAKEMITSU: A Flock Descends into the Pentagonal Garden
Boston SO, Seiji Ozawa
DG 477 5381

50th anniversary of Steve Reich's Civil Rights era masterpiece Come Out. The 1966 work uses tape loops of the voice of Daniel Hamm, then 19, describing a beating he took at a Harlem police station after being arrested for participating in the riots of 1964. 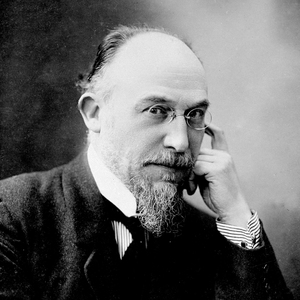 To mark Satie's 150th birthday next week, we're playing John Cage's tribute to the eccentric French composer who had such a big influence on him. Satie's publisher having denied Cage the rights to perform one of Satie's works,  Cage set his I Ching loose on Satie's work Socrate to create Cheap Imitation for solo piano.

Brian Eno was highly influenced by Satie when he was forging the sound of what was to become known as ambient music. Without Satie paving the way with his 'furniture music', it's unlikely ambient music would exist today.