Everything about Olivier Messiaen's Turangalîla Symphony is exuberant, colourful and excessive. It's an extravagant celebration of love, with music of total exhilaration. 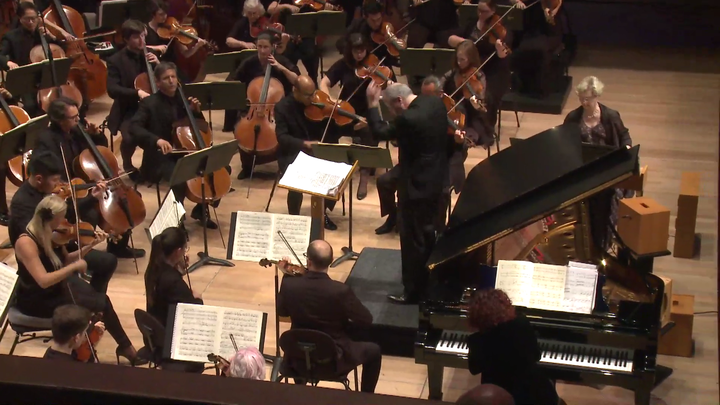 The symphony requires a massive orchestra of over 100 musicians and two exceptional soloists – a pianist of immense technical capabilities, and an even rarer human: a player of an electronic instrument called the ondes martenot.

Beefing up the numbers are musicians from the Australian National Academy of Music.

To open the concert, musical expert Graham Abbott presented an insightful and informative introduction to enrich your enjoyment of this monumental work.

The concert was presented as part of the Auckland Arts Festival.

Scroll down this page to find links to the audio, including an interview with Cynthia Millar.

"Not since Gillian Weir have we had somebody with so many accolades at so young an age" - Kerry Stevens, Chairman of the Auckland Town Hall Organ Trust, on young New Zealand organist Thomas Gaynor. 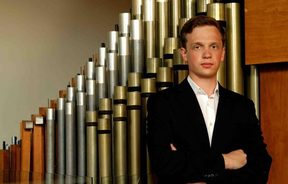 Thomas Gaynor is a young New Zealander who is making quite an impact around the world already.

He was born in Wellington and was the Richard Prothero Organ Scholar at Wellington Cathedral for several years. He left New Zealand to study at Eastman School of Music in Rochester, New York, where he’s now a Doctoral student.

In 2017 he was awarded the First Prize in Organ Interpretation and the Audience Prize at the St Albans International Organ Competition and he’s been a prize-winner – often first – at several other competitions around the world.

In this second half of his Auckland Town Hall concert, he plays three examples of that significant section of an organist's repertoire: the transcription, an arrangement of a piece orginally for orchestra or other instrument.

This concert was presented by Auckland Live and the Auckland Town Hall Organ Trust.