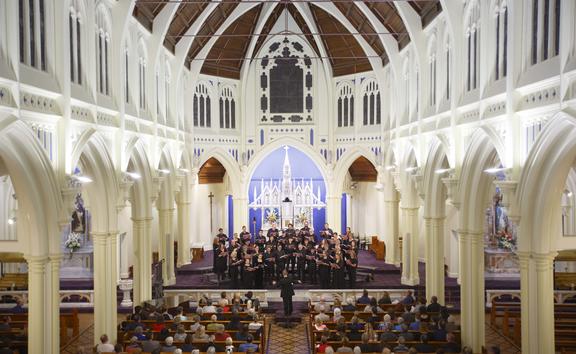 Hallelujah is perhaps Canadian singer/songwriter Leonard Cohen's most famous song, first recorded by him in 1984. Although the song wasn’t a great success initially for Cohen, it received greater acclaim through recordings by John Cale and Jeff Buckley.

After Hallelujah featured in the 2001 film ‘Shrek’ its popularity rocketed and the song now exists in over 300 versions and arrangements.

This arrangement was made for the King’s Singers by Philip Lawson.