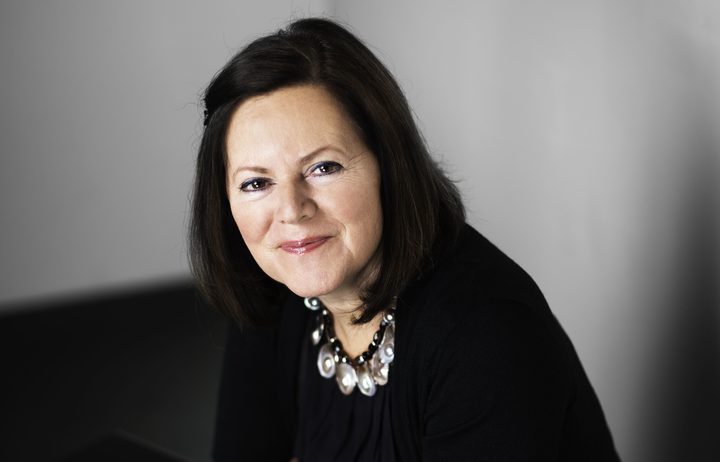 British pianist Kathryn Stott joined the APO for this concert of Russian music. She played the not often heard Fourth Piano Concerto by Rachmaninov.

She followed that with an encore - her own arrangement of Astor Piazzolla's Libertango, performed with the cello section of the orchestra.

The orchestra ended the concert with the popular but rather bleak Symphony No 4 by Tchaikovsky. He wrote to his patron Nadezhda von Meck about the first movement, "Fate, that fateful force which prevents the impulse towards happiness from entirely achieving its goal, forever on jealous guard lest peace and well-being should ever be attained... hanging above us like the Sword of Damocles, constantly and unremittingly poisoning the soul. Its force is invisible, and can never be overcome. Our only choice is to surrender to it, and to languish fruitlessly.”

That general mood continues through the next two movements, but the final movement does manage to become a little more boisterous.

The orchestra opened the concert with the Australasian premiere of the new discovered Funeral Song by Stravinsky.

Stravinsky wrote this as a memorial tribute to his teacher, Rimsky-Korsakov. It was performed only once, in 1909, after which the score somehow disappeared in the Revolution. In 2016 the parts were discovered in the library of the St Petersburg Conservatoire by a musicologist, Dr Natalya Braginskaya. Stravinsky himself said of this piece: “I no longer remember the music, but I do recall very well my idea. It was like a procession of all the solo instruments, coming in turns to each leave a melody in the form of a crown on the master’s tomb, all the while with a low background of murmuring tremolos, like the vibrations of bass voices singing in a choir”.

There's more than a hint of Rimsky's Scheherazade in it.