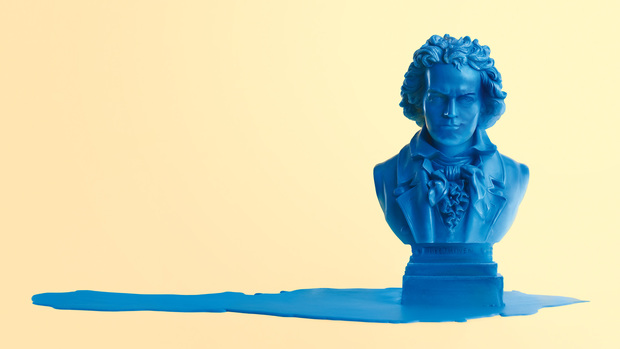 Over the next four Saturdays we embark on a thrilling exploration by the New Zealand Symphony Orchestra, of Ludwig van Beethoven’s nine symphonies, each offering a different portrait of the composer, from his classical beginnings to the heroism of his middle period and then the complexity of his last works.

Arguably the greatest symphonist, Beethoven began his revolutionary career by looking back to past masters Mozart and Haydn. His First Symphony is filled with the beautiful grace and balance of the 18th Century. Written in 1800, incredible and appropriate start to the new century.

His Second Symphony, first performed three years later, is a step forward – self-assured and confident, with an infectious energy. By this stage, and only in his early 30s, Beethoven was facing the reality of his increasing deafness.

Devoting his life to art, he carved out a new, heroic path that inspired one of the most magnificent symphonies in the repertoire. The triumphant Symphony No. 3 – known as the Eroica – is a revolutionary work that set forth a new credo for instrumental music. Nothing would ever be the same again.