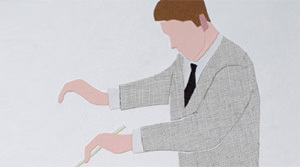 Eckehard Stier conducts in an evening of fairytales re-told in music.

John Corigliano’s extraordinary flute concerto, written for James Galway, tells the sinister legend of the Pied Piper of Hamelin. After his victory in the graphically depicted Battle with the Rats, the Piper leads away the children of Hamelin – and the way Corigliano re-imagines this is nothing short of chilling.

Nikolai Rimsky-Korsakov’s much-loved symphonic fantasy is based on the Tales of 1001 Nights. With Scheherazade herself represented by some glorious violin solos, these exotic stories are recounted in some of the most fabulously glittering music ever written. (Source: APO)