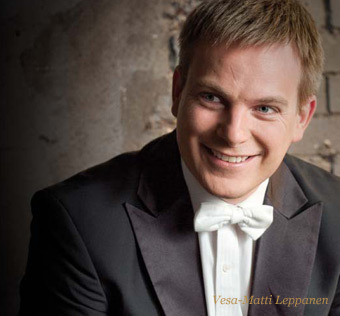 The NZSO’s concert Tuscan Summer opens with Rossini’s Overture to The Barber of Seville. One of the most loved and best recognised works in the classical/opera repertoire, thanks in part to its use in countless movies, commercials, and even a Bugs Bunny cartoon, it is one of the greatest masterpieces of comedy within music.

Another great work by Mendelssohn features in this concert series. Mendelssohn was a wide-eyed young traveller new to Italy when he started composing his Symphony No. 4 in A major, commonly known as the Italian. Inspired by the colour and atmosphere of Italy, Mendelssohn wrote his symphony during a prolific tour of Europe when he also composed his Scottish Symphony No. 3 and orchestral overture The Hebrides.

Leading the performance is Japan’s Junichi Hirokami whose impressive reputation precedes him. He is Chief Conductor of the Kyoto Symphony and has guest conducted the Vienna Philharmonic and the Royal Concertgebouw, among other major international orchestras. (Source: NZSO)

Recorded by the Radio New Zealand