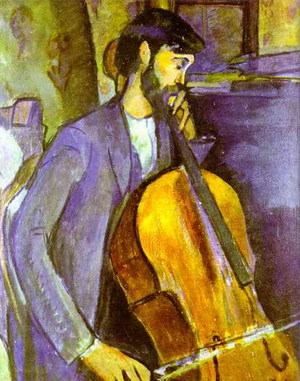 The accomplished German cellist Daniel Müller-Schott has been described in the New York Times as “a fearless player with technique to burn”. His performances of Dvořák’s glorious Cello Concerto have established his reputation as one of the most exciting talents of his generation.

“What brings great joy for me in this Concerto is when you can hear the orchestra in its full symphonic glory and force and the cello is still able to communicate and answer to what the orchestra is telling,” says Daniel Müller-Schott. “This is a great challenge but also a most satisfying and tremendous pleasure.”

Dvořák’s Cello Concerto was composed in New York, during a period when Dvořák’s sister-in-law Josefina Kaunitzová, a woman Dvořák had long admired from afar, became seriously ill. It is a powerful study of longing and loss.

Also in the programme, featuring works composed when each of the composers was far from home, are Rachmaninov’s final work Symphonic Dances composed when he was in New York and New Zealand composer Larry Pruden’s Soliloquy for Strings written while he was studying at the Guildhall in London. (Source: NZSO)