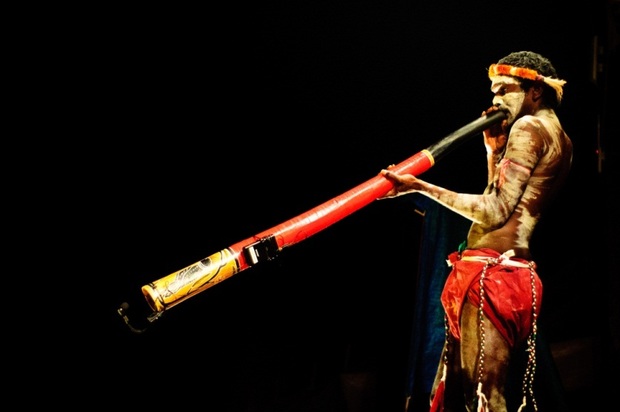 The late Australian composer Peter Sculthorpe’s Earth Cry is a howl of rage at environmental destruction. Inspired by the astonishing artistry of William Barton, Sculthorpe later added a part for didgeridoo – and Barton has taken his friend’s piece all round the world.

William Barton gave a TedX talk on how the sound of a single instrument can shape the history of a people. Through a live performance on this ancient instrument (including strings and vocal accompaniment), William Barton offers a taste of the aboriginal culture and history that developed around the traditional music of indigenous Australians.