What Love Tells Me 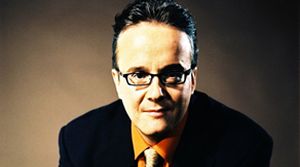 This concert could have been called ‘the best of times, the worst of times.’ It features music by Haydn, written at an exhilarating new time in his career, but also works by Mahler and Mozart, both inspired by the most unthinkable tragedy that a parent could face: the loss of a child.

On the programme is Haydn’s Symphony No. 82, Mahler’s song cycle Kindertotenlieder (Songs on the death of children) and Mozart’s Symphony No.40 in G minor.

The title of tonight’s concert refers to the finale of Mahler’s 3rd symphony, he is famous for his obsession with death, and that obsession took a dark turn in his Kindertotenlieder. These five songs are setting poems by Friedrich Rückert about the death of his two children from scarlet fever. Unfortunately the Mahlers would also lose their daughter Maria to scarlet fever.

Mozart himself lost four children in their infancy, one of them just as he was composing this symphony. This G minor symphony shares a similar dramatic tone to his opera Don Giovanni as well as the same key.