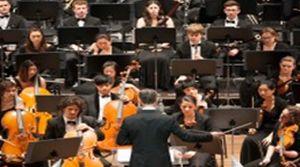 Since its inception in 1959, the National Youth Orchestra has played a vital role in providing unique opportunities for the country’s most gifted young orchestral performers, many of whom have gone on to forge successful careers as orchestral players, soloists, chamber musicians and teachers.

Approximately fifty percent of the current players in the NZSO are former members of the NZSO National Youth Orchestra. In 2015 the orchestra has a fantastic programme with world-class conductors, soloists and tutors. One of the notable works is the new commission piece from Composer in Residence Salina Fisher.