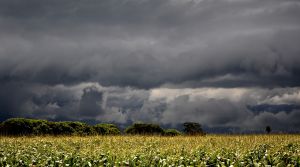 Four Sea Interludes are excerpts from English composer Benjamin Britten’s opera Peter Grimes. They portray the harsh winter cold seascape, threatening sea swells and bitter storms. Britten ingeniously used these Interludes as scene changes, not only for making smooth transition between Acts, but also to go inside the character’s mind. Peter Grimes was premiered as the first postwar operatic production (1945) and was recognized as a landmark for both Britten and English opera.

Britten’s violin concerto is becoming more of a regular in the repertory of violin concertos. Tension and lyrical drama, topped with intense rhythm and artistic imagination is crucial in this concerto and Anthony Marwood performed with great persuasion.

We’re also celebrating the 150th anniversary of the great Finnish composer Jean Sibelius with his Symphony No. 2. Luscious sweeping melodies that have Scandinavian taste to them. You can almost picture the landscape of his homeland; his heroic masterpiece is utterly compelling.