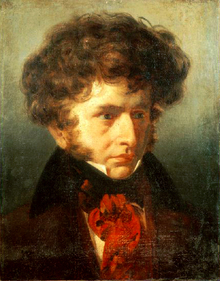 Italy was just the first of several European countries that Berlioz visited as a musician. Berlioz became what he himself described as one of the three ‘greatest wanderers ever impelled by curiosity and restless temper to leave their own country’.

One of his stories, set in exotic New Zealand, provided the ultimate distraction for bored orchestral players during long evenings in the opera pit. Inge van Rij introduces us to ‘The Adventures of Vincent Wallace in New Zealand’, which Berlioz claimed to have taken straight from the Irish musician.

As he became increasingly disillusioned with the commercialism of the musical scene in Paris, Berlioz was particularly attracted to the German lands, where he found a great reverence for art music.

Although Berlioz had to work hard to assemble and direct new orchestras in the demands of his music in each town he visited, he found that in the German towns in particular there was a strong sympathy for his music, to such an extent that people told him he was three-quarters German, despite the fact that he could speak little of the language!

Berlioz admired the German veneration of music which he contrasted sharply with what he perceived to be an increasingly dangerous materialism and superficiality in music in Paris, and significantly when writing his futuristic novella titled ‘Euphonia’ he located the ideal musical city of the title in Germany.

Germanic art music provided him with some of his most powerful musical models, including Weber and Beethoven. Berlioz’s Damnation of Faust, a kind of concert opera, reveals some of these German influences. Berlioz based his Faust on the dramatic work by the great German poet Goethe, though he made a number of changes of his own.