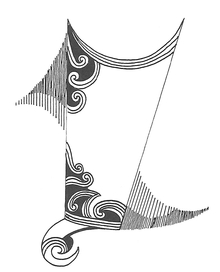 Sir Eruera Titikatene, Member of Parliament for Southern Māori and a prominent member of the Ratana Church, died on 11 January 1967, aged seventy-two. His tangihanga was held at his home marae at Te Hiwi Mārama, Kaiakpo and he was buried at Kaiā-Te-Atu cemetery. Sir Eruera was born at Kaiapoi on 5th January 1895. He was the eldest child of Captain John Driver Tregarthyn and his wife Tini Tuhuru of Arapata Horau. Tirikatene is the Māori form of his father’s surname. On his Māori side he was of the senior line of descent from Tuhuru, Ariki of Ngāti Tahu and conqueror of Westland. He was Tuhuru’s great-great grandson. His paternal great-great-grandfather was Lord Tregarthyn. Sir Eruera qualified as a marine engineer and ran his own fishing boat and later a timber mill as well as dealing in stock. He was active in sports as a young man, and served in the Māori Pioneer Battalion in the First World War. He became a member of the Ratana movement in the early 1920s and in 1927 was chosen by Tahupotiki Wiremu Ratana as a koata, the founder’s personal representative in the life of the church and in politics.

In 1932, he entered Parliament, the first member of the Ratana Church to be elected. He served as Labour member of Parliament for Southern Māori up until his death and during his time assumed many positions of responsibility. During the second World War he was a member of the New Zealand War Counsil and chairman of the Māori War Effort Organisation. He was the first chairman of the Ngai Tahu trust Board.

At the time of this tangihanga, Koro Wetere was a 32-year-old Te Kuiti farmer who was also the campaign organiser for Mrs Ratana, then the Member of Parliament for Western Māori. In 1969, Wetere succeeded Mrs Ratana as the Labour representative for Western Māori and held the seat until his retirement at the 1996 election. His term included six years as Minister of Māori Affairs. A member of Ngāti Maniopoto, he was educated at Massey University and before entering parliament worked as a Farm Supervisor for the Mangaora Māori Land Incorporation and served on its Management Committee.