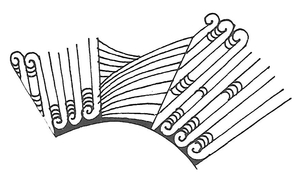 Rev. Father James Durning (1909-1997) arrived in New Zealand in his late teens. In the 1920s he worked at the Roman Catholic centre at Pukekaraka, close to Otaki. He transferred to do mission work  and for over half a century served among the Māori people of Taranaki, Whanganui, Central Hawkes Bay and Horowhenua, learning their ways and their language.

When he went to  Pukekaraka in the early 1920s he didn’t know a word of Māori. But was determined to adopt it as his second New Zealand language. In time he could orate on many marae and it was said his mastery of the language was so great that when he was in Wanganui he spoke in Wanganui dialect, when in Taranaki he adopted that dialect and when in Hawkes Bay he reverted to the Kahungunu dialect. This speech was delivered at the 1967 opening of the Aotea meeting house, Mākirikiri, on the southern fringe of Dannevirke. It was a hui on a big scale, visitors coming from Hawkes Bay, Waitomo, Rotorua, Taupo, Whanganui and Taranaki.

The Prime Minister, Keith Holyoake, opened the meeting house, for it was in his electorate. Another notable visitor on the day was Cardinal McKeefry, as many of the Māori people of the area were Roman Catholics.