Lorde: our lady of Takapuna

Here is an overview of Ella Yelich-O'Connor’s career-to-date, including interviews with some of the people who work with her, taken from RNZ’s back-catalogue.

Ella Yelich-O'Connor - known more famously to a worldwide audience as Lorde - shot to fame with her hit single 'Royals' in 2013 and has not stopped topping music charts ever since. Signed to the Universal record label shortly after winning the Belmont Intermediate talent competition in 2009, Lorde moved onto a creative partnership with the former lead singer of Goodnight Nurse, Joel Little, releasing the Love Club EP on SoundCloud in November 2012. 'Royals' was spun off as a single in the summer of 2013 and soon thereafter topped charts in the U.S., U.K., Canada, and Italy, and reached the Top 10 in most other Western countries.

Fans swarm around Lorde as she arrives back in Auckland from the Grammys. Photo: RNZ

In late September 2014 Lorde released ‘Yellow Flicker Beat’ the single she wrote for the soundtrack she was invited to curate for the film The Hunger Games: Mockingjay - Part 1.

New Zealand's Taite Music Prize "to recognise outstanding creativity for an entire collection of music contained on one album" was awarded to Lorde's debut album Pure Heroine in April 2014. In a video acceptance speech from Las Vegas, Lorde suggested that the prize - $10,000 and time in a recording studio - be divided between the non-winning finalists.

April 2014 also saw Lorde perform at American music festivals Lollapalooza and Coachella, and sing with the remaining members of seminal grunge band Nirvana at the Rock And Roll Hall Of Fame Induction Ceremony in New York.

February 2014 saw Lorde win Best International Female Solo Artist at the Brit Awards in London. She was up against stiff competition with big names such as Katy Perry, Lady Gaga, Janelle Monae and Pink also being nominated in her category.

During 2013 the single 'Royals' topped the charts around the world, and Lorde performed live on the Ellen Degeneres Show, Later with Jools Holland and The Late Show with David Letterman.

The New Zealand Music Awards in November 2013 brought four Tuis, with the debut E.P. The Love Club leading to Single of the Year for 'Royals'. Lorde also collected Breakthrough Artist of the Year, International Achievement Award and the People's Choice Award. 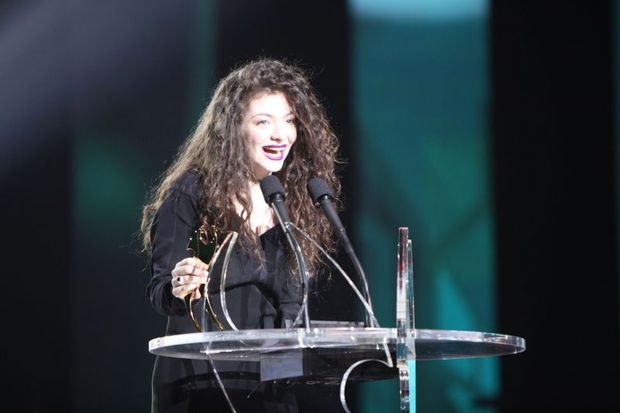 In October 'Royals' reached No 1 on the USA Billboard Hot 100, beating songs from Miley Cyrus and Katy Perry.

Ella Yelich-O'Connor and co-writer/producer Joel Little won the APRA New Zealand Silver Scroll Award in October 2013 for composing the song 'Royals' which also in that month debuted at No. 1 on the British singles chart, making Yelich-O'Connor (born 7 November, 1996) the youngest artist to do so since 1998.

Lorde's debut full-length album Pure Heroine was released on 27 September 2013, and debuted at number one on the New Zealand and Australian album charts. It charted in the Top 10 in nine other countries.

Lorde, who was 16 at the time, was also the youngest solo artist to perch atop the Hot 100 since Tiffany, who was also 16 when her song 'I Think We're Alone Now' reached number one in 1987. 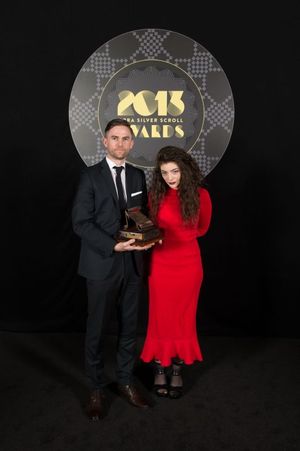 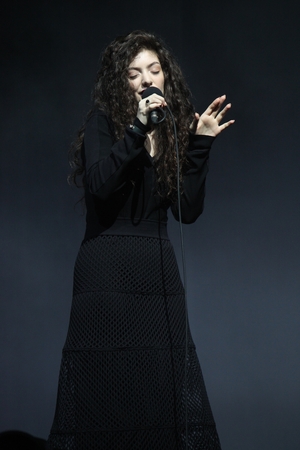 Lorde performs live at the VNZMA 2013 show by Jason Hailes