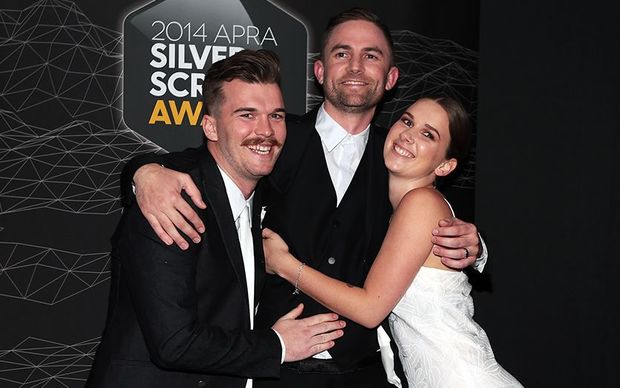 While Joel Little has, in the last few years, produced for lots of famous names it’s his work with Lorde that his name continues to be most commonly associated with.

So while discussing his wins for Best Engineer and Best Producer at the NZ Music Artisan Awards, we also address the elephant in the room. How involved will Little be in the next Lorde album?

“I mean we’ve done a lot of writing together, I haven’t written on it for a while and I know that she’s been working with a lot of different people this time, and so I’m not sure that I’m going to be as involved as a producer, it may be that I’m more of a fan this time around. I’m very excited to see what she’s been doing, I’ve heard some things in progress that sound really great.”

Despite the fact that Joel has been nominated for Golden Globes and has his name on a Grammy, winning at home still means a lot.

“When I was a young struggling musician, Grammy’s and Golden Globes didn’t even enter into my mind at all, it was just so far out of reality I didn’t even think about them.  But Tui's on the other hand I thought about a lot, and even when I was in a semi successful band called Goodnight Nurse we never won any so now I’ve got a couple under my belt I’m very grateful and very happy.”

Broods have the most nominations at this year’s New Zealand music awards, and Little’s contribution to their album Conscious has already garnered them two gongs. Little says the Nelson duo pushed him to become a better engineer.

"They had a lot of ideas, and wanted to play with live instruments and sonically wanted to do new things. That took a bit of figuring out - I'm not a trained engineer at all, I've just been stealing ideas off my friends for years."

Little is hitting his stride as a producer and continues to work with big name artists and unknowns alike from his Los Angeles home studio.

“I’m really lucky I’ve had lots of really interesting people to work with. The whole music industry is L.A. based at the moment, there’s not really anything going on in New York so everyone’s sort of just come over here.  So there’s heaps going on either with exciting new artists or more established artists, there’s just always something to do”