On an Island, with Consequences Dire by Kelly Ana Morey

The layers of the years are peeled back to a summer on an island years ago when the lives of three teenaged girls, school friends, change forever in one bloody fit of jealousy and rage. The dire consequences are about to come to a head. 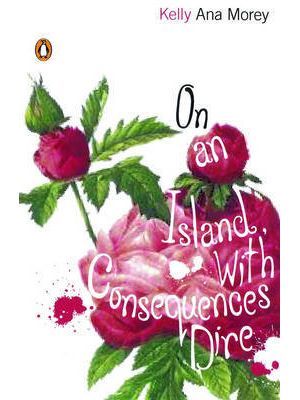 Kelly Ana Morey was born in New Zealand's Far North in 1968. On An Island, with Consequences Dire is her fourth book. In 2000, having completed a Master of Arts in art history she started writing her first novel Bloom which was published in 2003 to great critical acclaim, and in 2004 it won the HZSA Hubert Church Award for Best First Work of Fiction at the Montana Book Awards. Morey's second novel, Grace is Gone, was published in 2004 and became a finalist in the prestigious Kiriyama Prize. Kelly Ana Morey received the Todd New Writers' Bursary in 2003 and the inaugural Janet Frame Literary Award for Fiction in 2005. Consequences Dire is her third novel.

Michele Amas is an award-winning actress and writer. Originally from Dunedin she graduated from The New Zealand Drama School, Toi Whaakari in the '80s and has been a professional actress ever since. Michele was worked throughout NZ  as an actor and director in theatre and television.

She has an MA in creative writing from Victoria University where she was awarded the Adam Prize for her portfolio 2005. Her first book of poetry After the Dance  was nominated for a Montana Book Award in 2007, and was shortlisted for that years Prize in Modern Letters. Her poems have been published in Sport 33, online in Turbine and in Best New Zealand Poems 2005, as well as Sport, Bravado, Kaupapa global issues anthology 2007, Pacific Coast Review and the Iowa Review, Landfall, The best of the best anthology 2011, 4th floor, prize winner in the Casleberg Trust poetry competition 2011.