With Lots of Love from Georgia by Brigid Lowry

Welcome to the world of Georgia, Philosopher Queen and list-maker extraordinaire, as she writes her way through a bumpy year that includes part-time jobs, tricky mother stuff and a boy with a delicious smile.

Georgia’s fifteenth year of life starts out in the pursuit of money, so she can see her favourite band, and ends with an unexpected pay off – first love. 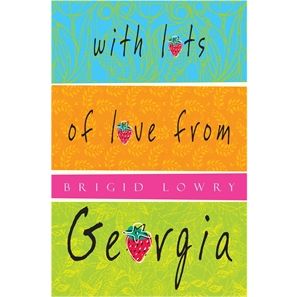 Chelsea Bognuda is an Auckland-based actress who graduated from Toi Whakaari The NZ Drama School in 2010 and was nominated for the Chapman Tripp Award for most promising female newcomer in 2011.