The story is set in the Wairarapa and follows the life of a teenage boy named Jake, who just happens to have an international celebrity as a neighbour. Published in 2009 by Harper Collins, the writer Des Hunt must’ve had a crystal ball. This celebrity however is not a film director.

Jake and his father live in a female-free zone in Hauruanui, with an international rock celebrity Milton Summer next door. Then Jake’s dad begins a relationship and a woman moves in with her daughter, Stephanie.

At the same time, a photographer starts stalking Milton and takes photos of Milton taking surf lessons from Jake. The dark side to celebrity is revealed when the photos are published with a story suggesting an inappropriate relationship.

New photos appear when a whale and her calf get into trouble on the coast causing the group to forget their plans to not let the two be alone together. The whale ends up suffering the touch of celebrity this time when new photos are published with a way of tracking the whale. When the whale is injured by pursuing boats the group has to nurse the whale back to health.

Then a tsunami warning is issued and things between the group and the photographer and his henchman come to a head. 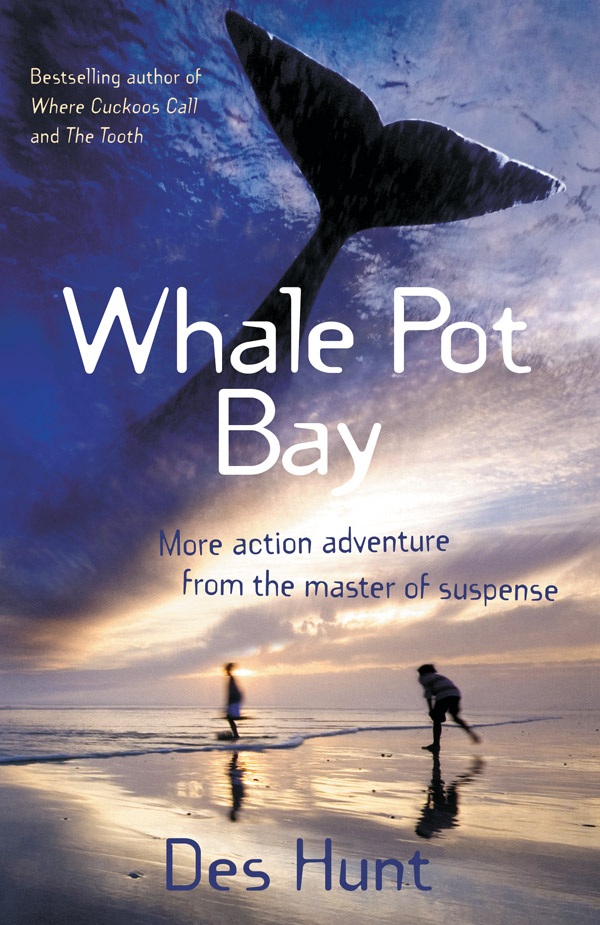 Des Hunt is a young adult fiction writer. He was a school teacher for more than 40 years. The strong environmental messages in Hunt’s novels emphasise the unique features of New Zealand fauna and geology.