A dark room in Palmerston North

The dark room is the ‘other space’ - The Dark Room - at Palmerston North’s Centrepoint Theatre. The RNZ Drama Department was there in early September 2015 to record, live on stage, some of the newest plays from New Zealand writers and actors. It’s all part of  RNZ Drama's Live on Stage Now! initiative aimed at reconnecting with, and actively supporting, New Zealand writing and performance.

Wings, the play recorded on that wet and windy day in Palmy North is by multi-award-winning actor/playwright Jess Sayer.  Sayer performs in this production as does Darlene Mohekey, the director.  The trio of performers is completed with the addition of Naomi Cohen.

Wings is a dark, sibling-relationship, road-trip play. A trio of sisters, separated for the past decade, take to the road together with all their personal baggage. They are heading to their mother’s funeral, heading for home – the source of their individual nightmares. Their mother is dead, but not mourned. Their father is in absentia, but not missed. The sisters know what it’s like to be forgotten.

Shots from the technical run in The Dark Room before recording 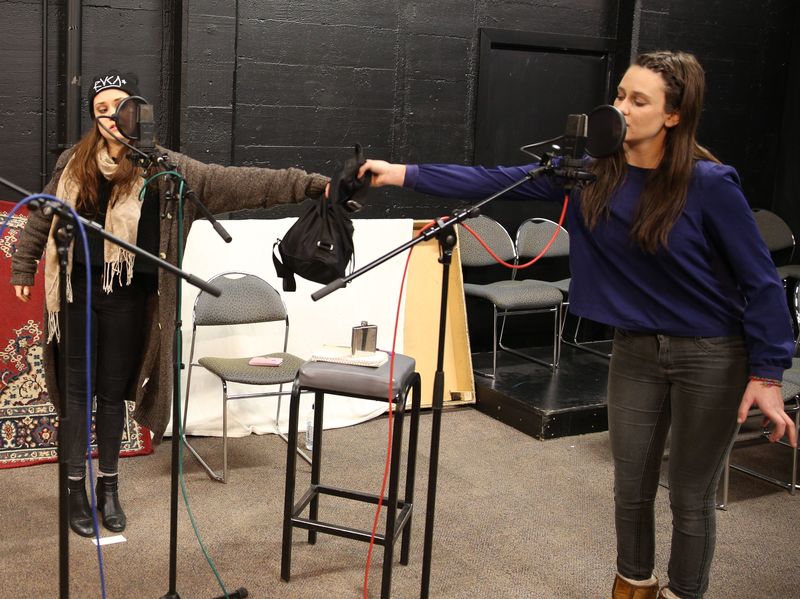 Pass the bag without moving your mouth from the mic 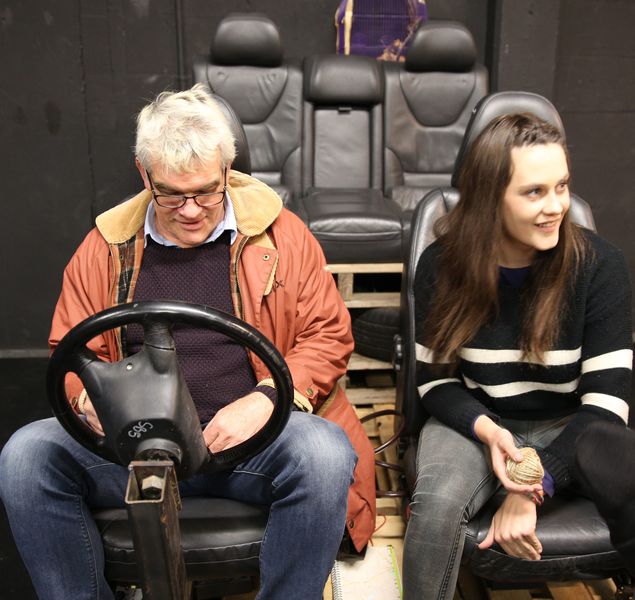 And to think you drove this here to Palmy North 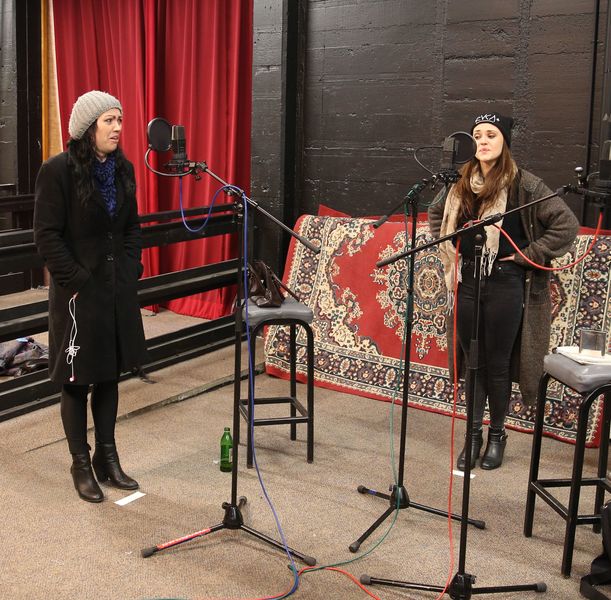 Darlene and Naomi in full flight in rehearsal 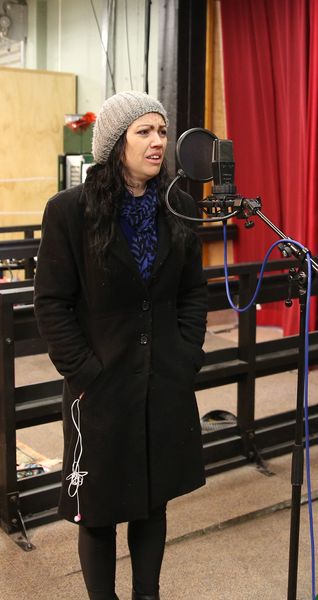 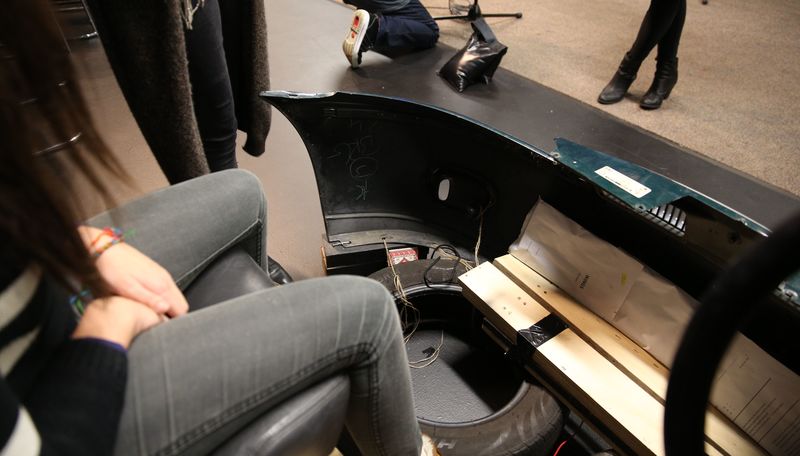 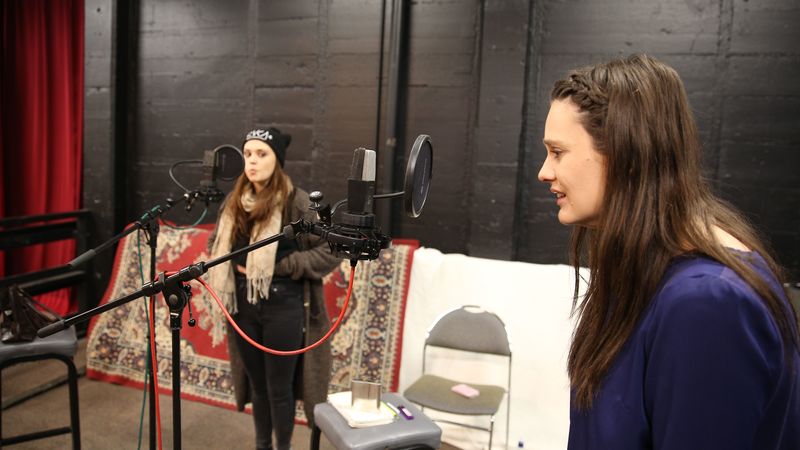 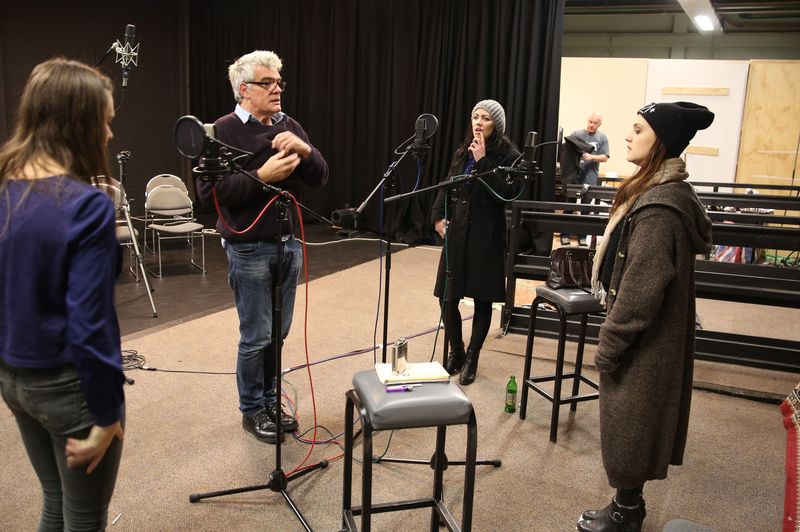 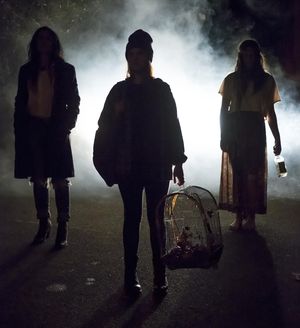 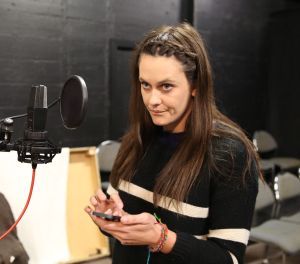 Actor and playwright Jess Sayer  won the Playmarket b425 award three times, and has been shortlisted for the Adam NZ award twice. She founded Junket Theatre company in 2012 and has since staged four of her own works - Elevator, Wings, Crunchy Silk and Fix to sell out seasons at The Basement in Auckland.

Jess is a proud member of the NZ Actors Equity National Performers Committee and is an inaugural graduate actor of The Actors Program class of 2012.

Feedback about Wings on RNZ

"I started listening just to see what it was like.  I wanted to do something else but got hooked." - D.S.