Man Parts was devised and performed by Carrie Green.

Erica Kingi-Little is the best female tenor in Dannevirke but no-one knows it yet. After being overlooked for leading roles by The Dannevirke Players Erica decides to make her own musical and shine in all the roles she was born to play.

Pics from the live recording at Bats, March 2016 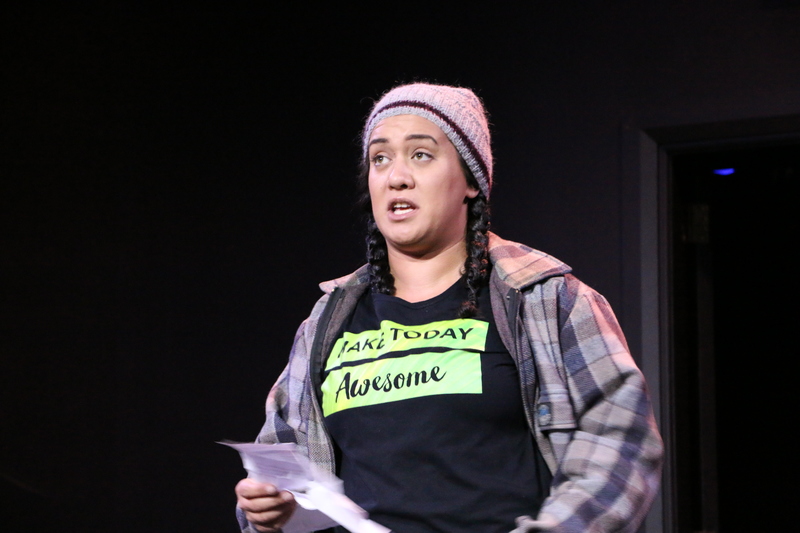 Erica explains the show to the Wellington theatre glitterati. 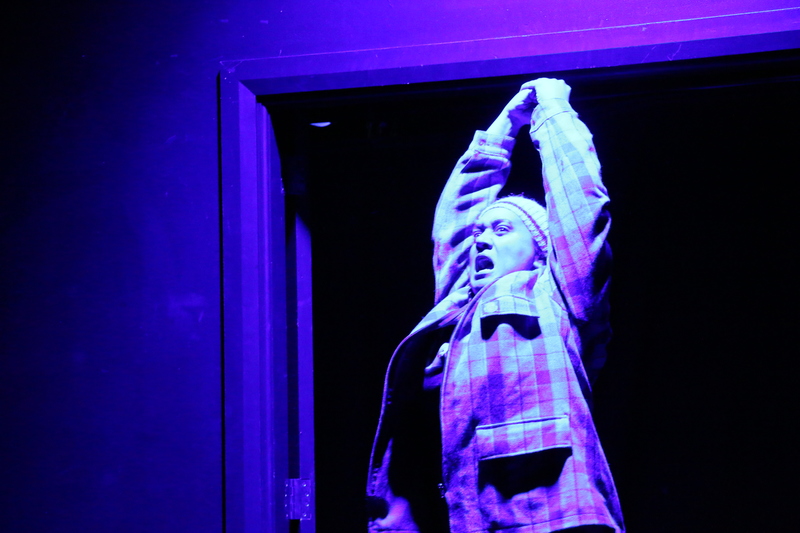 Erica starts at the top 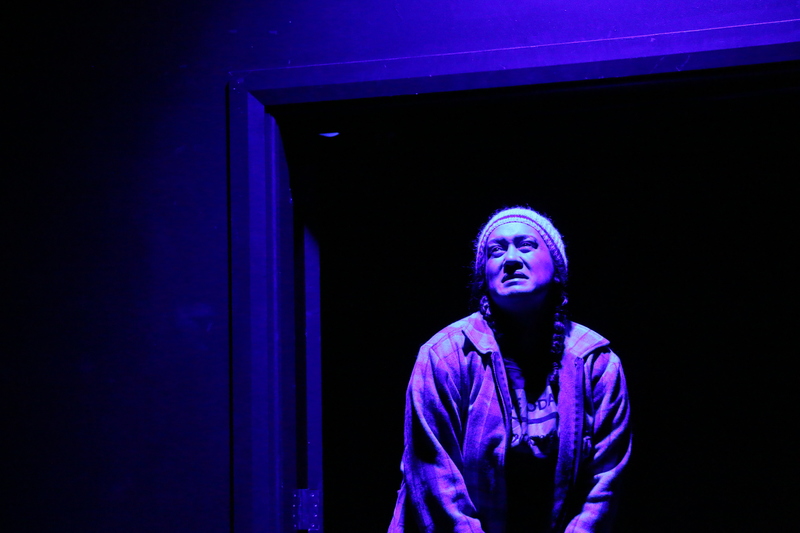 More from the big opening 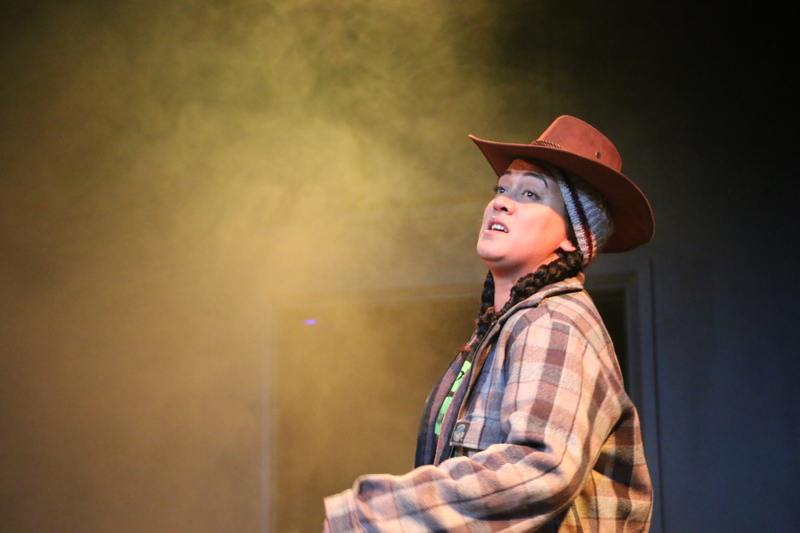 Oh what a beautiful smoke effect 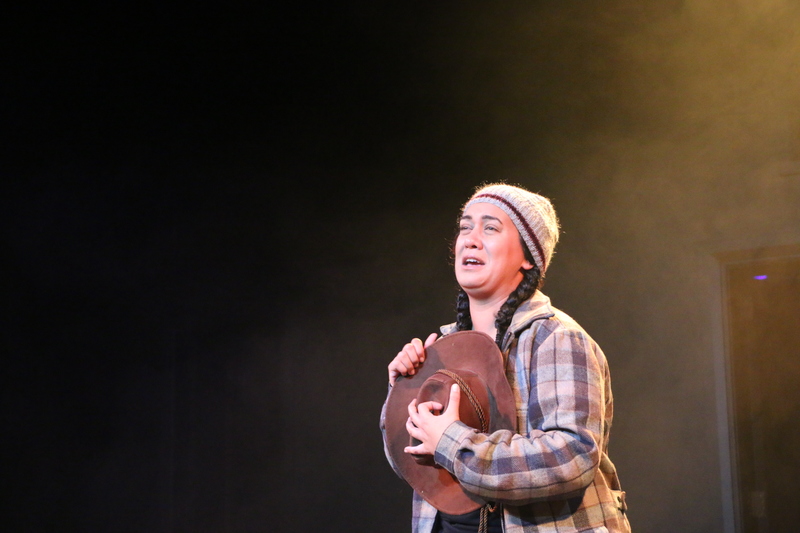 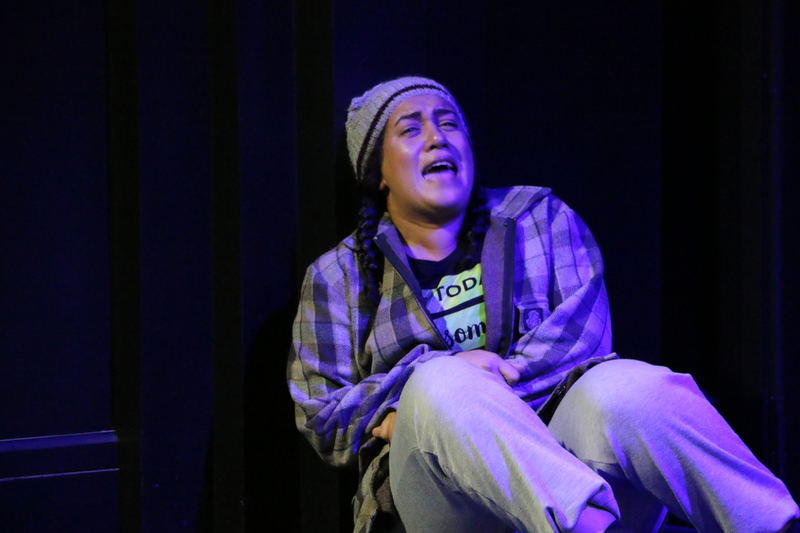 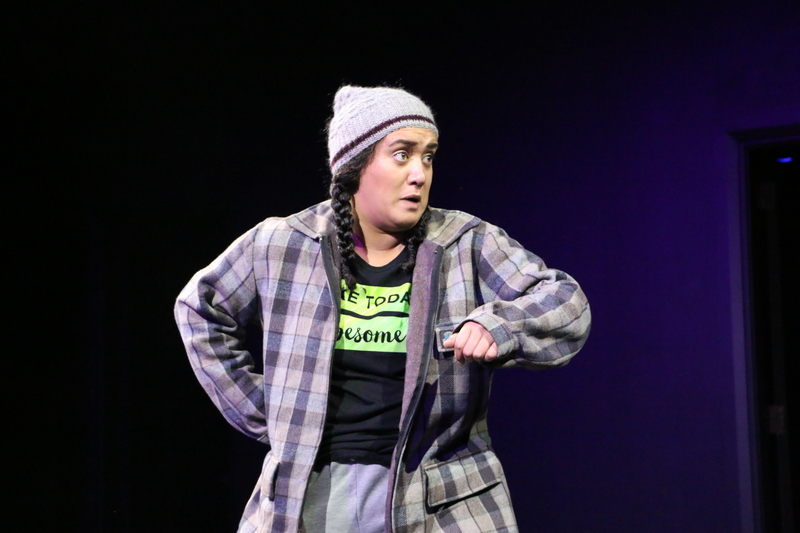 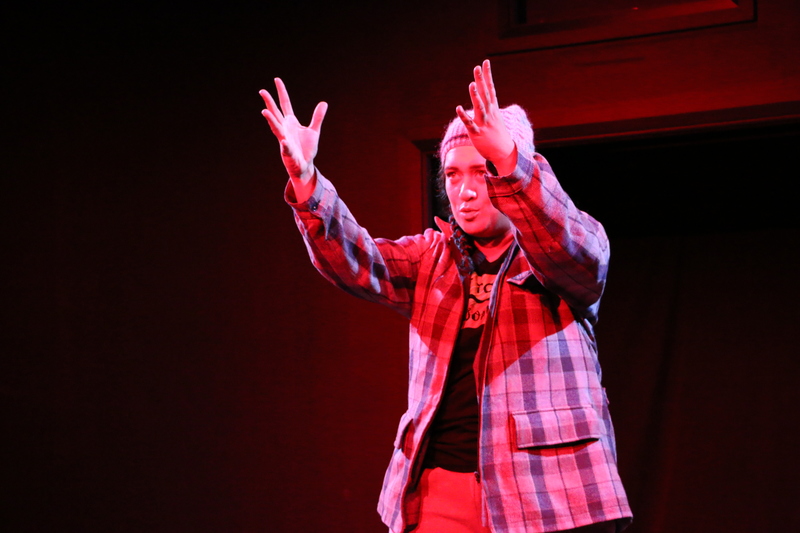 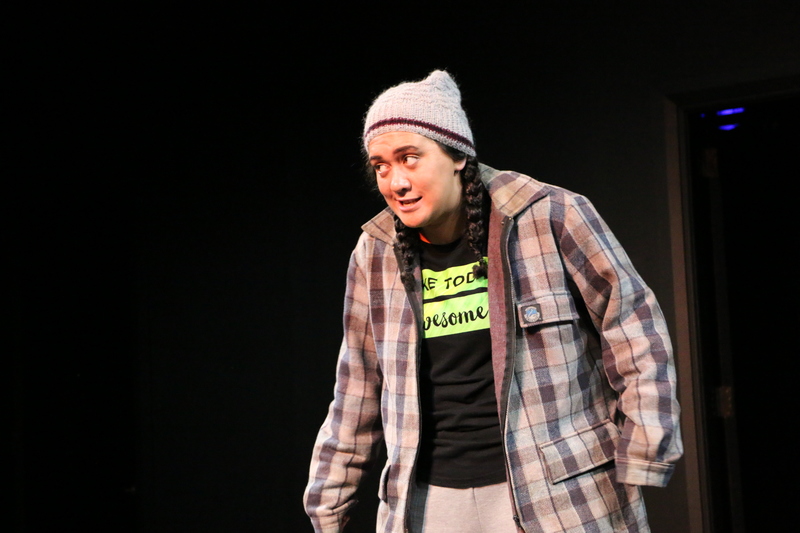 Hamish, the SM from the Dannevirke Little Theatre 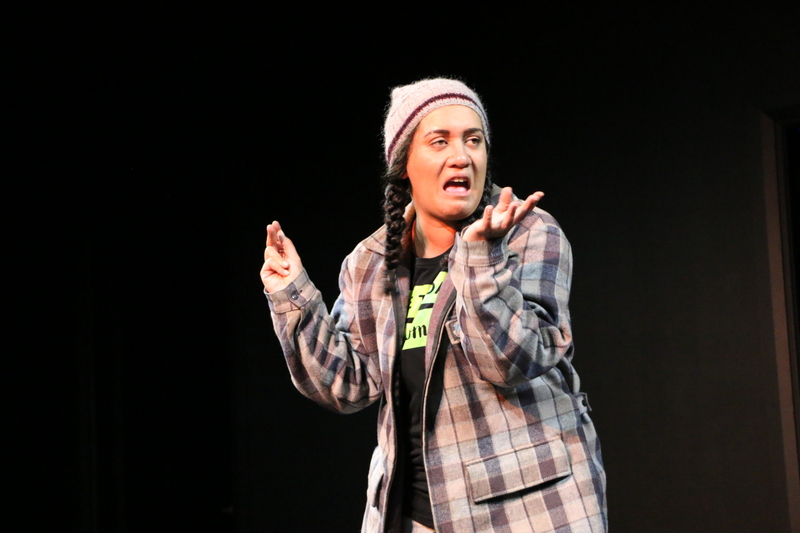 Mark from wardrobe has some stories about Erica's father.. 'Ooooo yesss!' 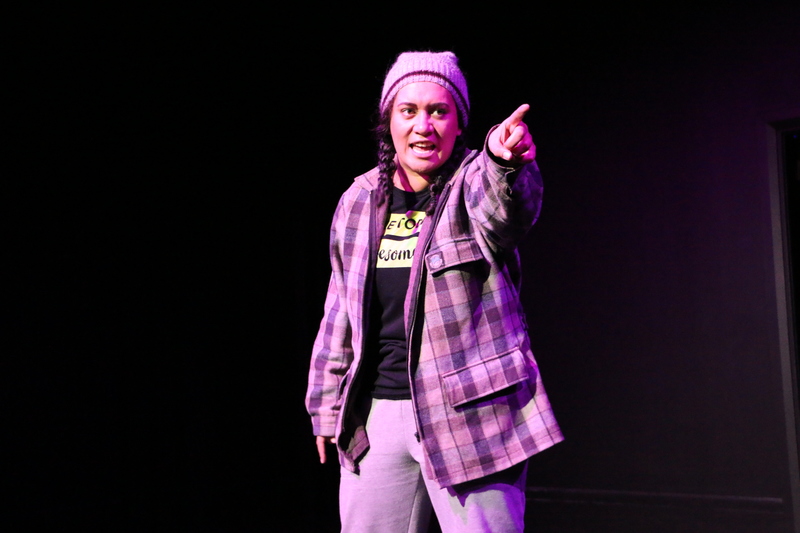 Robert the director at Little Theatre. Not all that democratic in style. 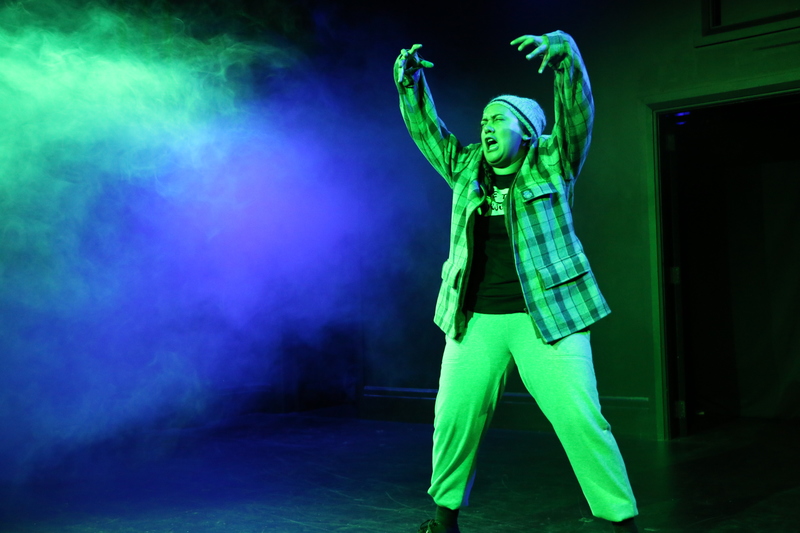 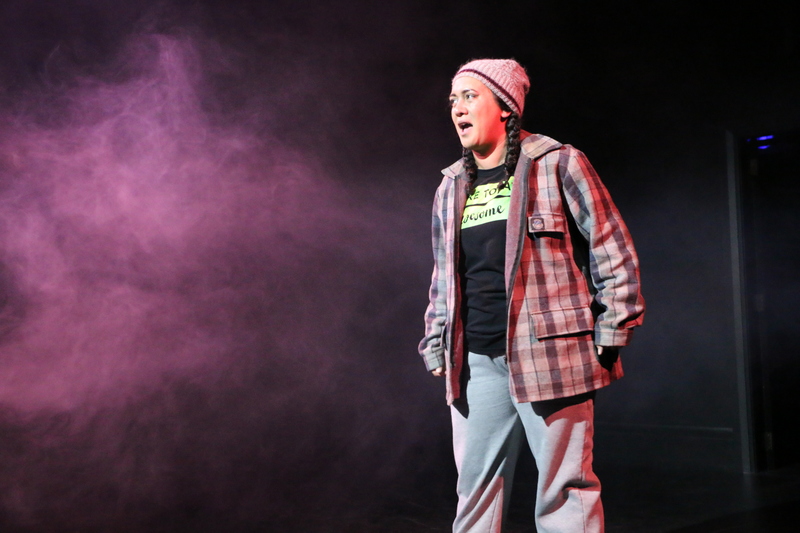 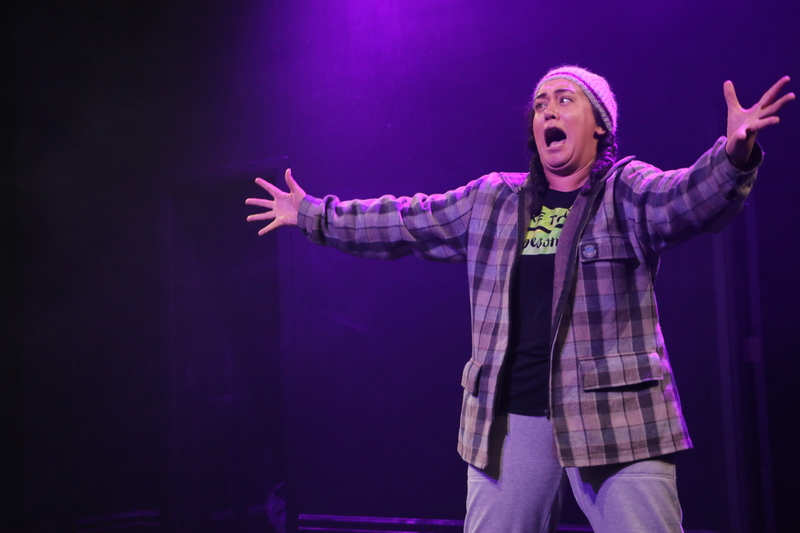 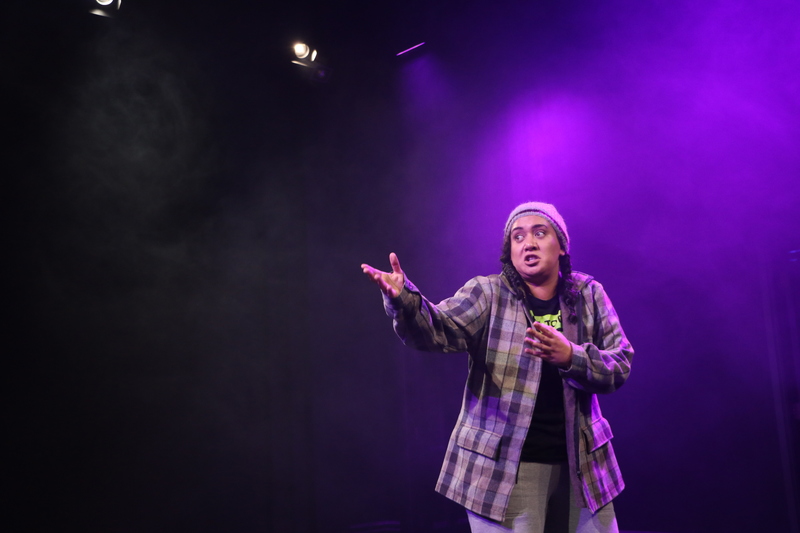 Right in the middle of the show ... 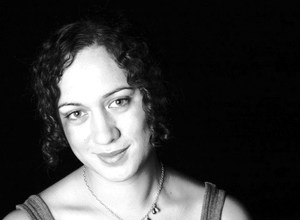 For 2016 Carrie Green set herself some goals, one of which was to make some of her own work.

Carrie grew up in Palmerston North and performed in a number of provincial towns as a student. The experience created an interest in small-town theatre societies and the productions created by people who have an absolute passion for performance: theatre and musicals. It's an interest she explores in this solo show where the central character Erica Kingi-Little (first created at drama school) returns to the stage for an encore performance in 'Man Parts'.

Since graduating Carrie has had a number of roles in plays at Circa and Bats Theatre’s in Wellington, The Court Theatre in Christchurch, an din The Dark Room in her home town Palmerston North. She has also toured the country with Capital E, The National Theatre for Children.

'Man Parts' is her first solo show since graduating from Toi Whakaari. It was first performed on The Propeller Stage at Bats Theatre, Wellington in March 2016

Man Parts was recorded by RNZ Drama. The recording engineer was Dan Beban, the studio engineer Phil Benge, and the recording director was Duncan Smith