My Own Darling by Grace Taylor

A gem collected in South Auckland

If you were told there was a 'must see' stage show in South Auckland that's really a bunch of poetry and that a self-confessed 'non-actor' poet is at the centre of the show, you might be forgiven for feeling some reticence - especially if you think you are not 'into' poetry.  Auckland Theatre Company's production of My Own Darling, by spoken word poet Grace Taylor is a brilliant gem that will turn all that on its head.

My Own Darling is the second live recording from Radio New Zealand Drama in its Live on Stage Now initiative - the first was Wings by Jess Sayer, recorded live in Palmerston North. For RNZ Drama it's all about getting out and connecting with new and exciting new works on stage while they're actually on the stage. It's about helping to give new works the larger life they deserve. But it's also about capturing the special feel and energy that you can only get in the live performance situation. So far, so very, very good - what with Wings and now, My Own Darling.

My Own Darling is full of grit and love and intimate self-effacing humour - all delivered on a shining train of brilliant words. It's a testament to the power of high-level creative collaboration between a true wordsmith and a dedicated creative team: director, designers, cast and crew.

The audio for My Own Darling is presently unavailable

Some pics from the recording of My Own Darling 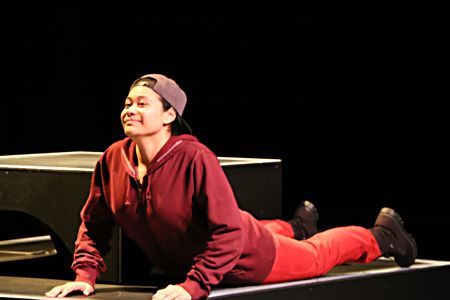 Gaby Solomona limbers up before the gruelling recording 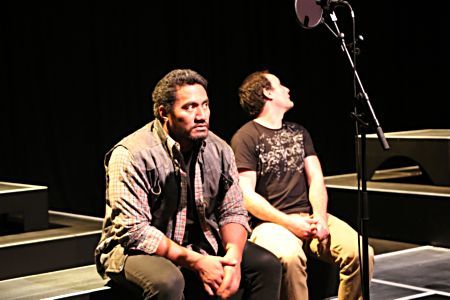 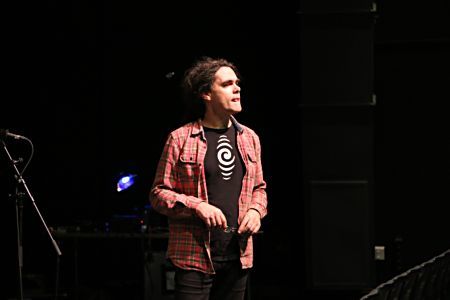 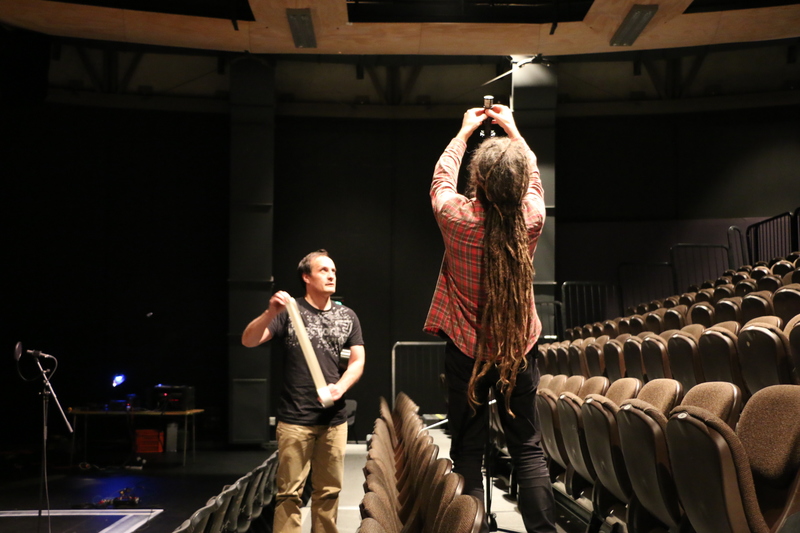 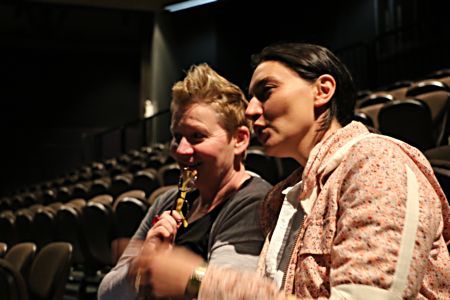 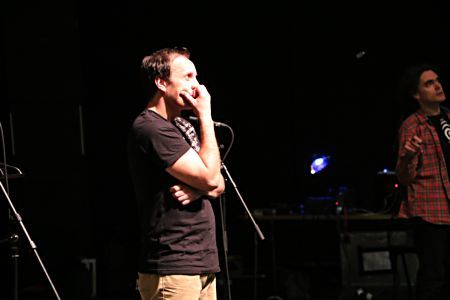 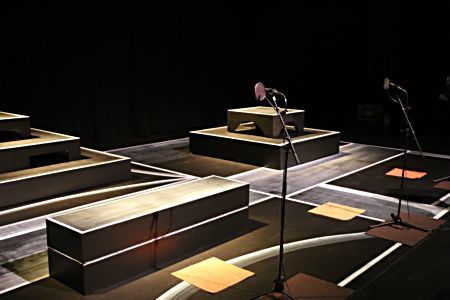 Ready to roll. Check out the individually coloured carpet squares as marks. Luxury! 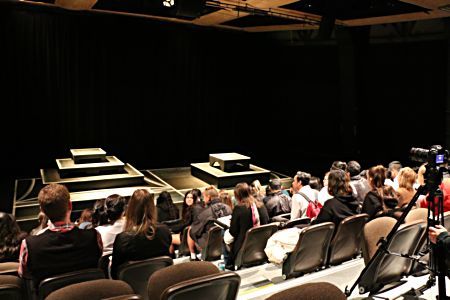 And the audience is in 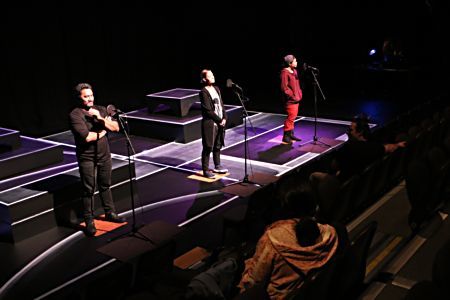 And we are rolling for the record. Fasitua, Grace and Gaby doing their thing 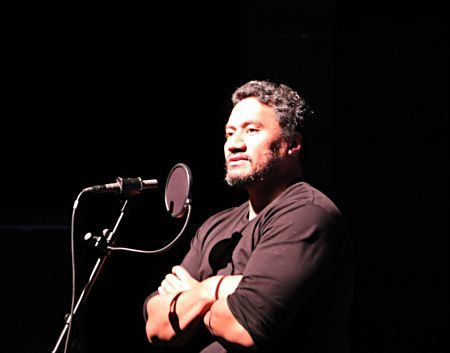 Fasitua Amosa as Lady Next Door 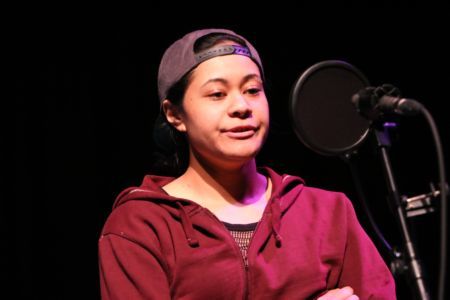 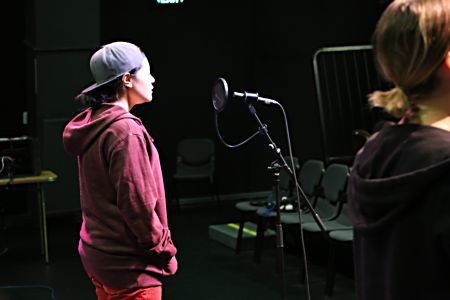 Grit Girl tells it as it is 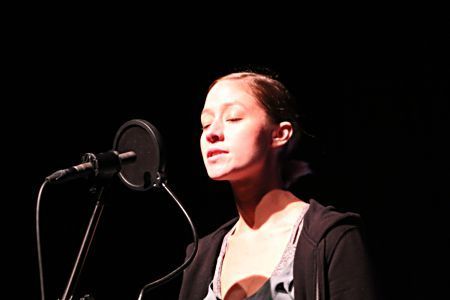 Grace Taylor as the poet at Ponsonby. 'My love is ...' 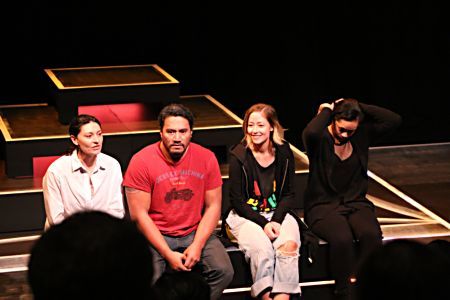 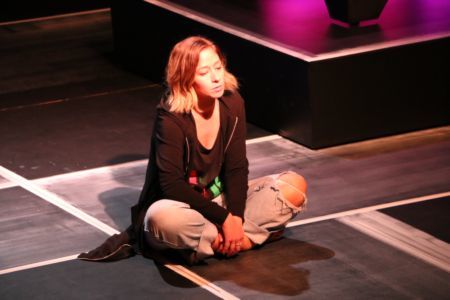 Grace Taylor considers her answer to an interview question 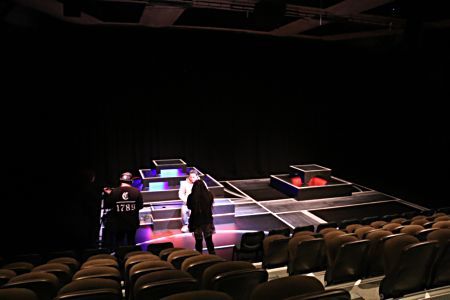 Stage lights for the interview with Fasitua 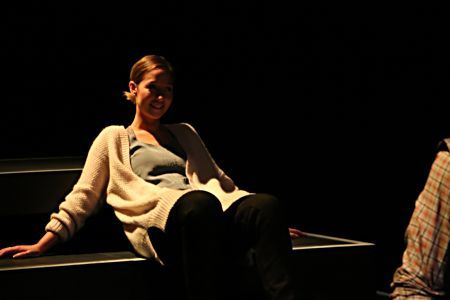 Our fave pic of the amazing Grace relaxing upstage 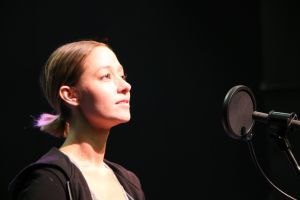 Grace Taylor at the mic in Mangere Photo: RNZ

Grace Taylor is a leading light in the Rising Voices spoken word poetry movement. She was the recipient of the 2014 Creative New Zealand Arts Pasifika Award for an Emerging Pacific Artist and a passionate advocate for the rights of young people. She made her directorial debut last year with the moving and unflinching Skin for Auckland Theatre Company's Youth Season.

As a spoken word poet, teaching artist and youth development worker Grace Taylor believes in the empowerment through words - in particular through creative manifestations - and in providing spaces for people to tell their own stories. Her poetry ciphers strongly around dialogues about identity. She believes that the exploration of a sense of belonging is underestimated in many facets of society.