Wild Dogs Under My Skirt - by Tusiata Avia

Alive with the energy and rhythm of raw and lyrical performance poetry and oral traditions, Wild Dogs Under My Skirt challenges perceptions of culture, life and love. Based on Tusiata Avia’s provocative and unapologetic poetry, this is a vital work that explores power, politics, racism, love, sex and living between cultures.

The song Telesa is sung by Aivale Cole, and was produced by Lindah Lepou and Robert O’Brien.

This drama deals with sexual abuse and contains sexual themes and language which may not be suitable for all listeners. Adult supervision is strongly suggested. 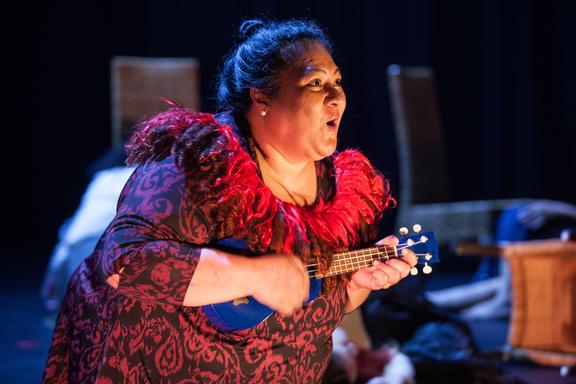 In 2020, the company was invited to play at the Soho Playhouse in New York for a 2-week run. New Yorkers raved about the production which went on to win the highly competitive top prize - The Fringe Encore Series 2019 Outstanding Production of the Year. The prize gifted the company a full 6-week run off Broadway in April 2020, which was sadly cancelled due to Covid-19. 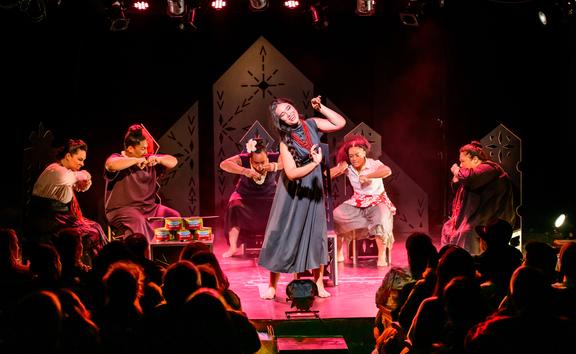 When Covid lockdown again interrupted plans for a New Zealand tour, PANNZ approached RNZ about collaborating in the making of an audio version of the show so that audiences all across New Zealand could share in this stunning performance.

This audio recording is produced by PANNZ (Performing Arts Network of New Zealand) and RNZ in partnership with F.C.C, supported by Creative New Zealand

Watch the behind the scenes video from the RNZ studio - HERE 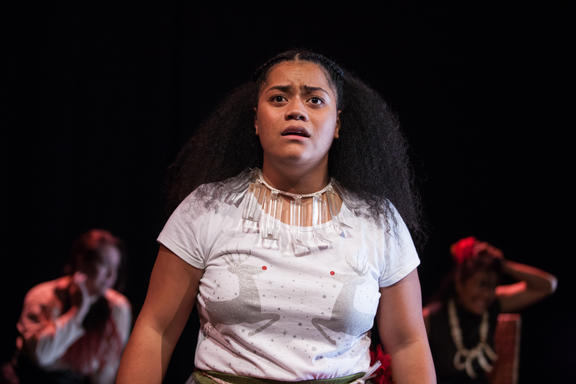 Wild Dogs Under My Skirt, live on stage, is touring to Invercargill, Dunedin and Oamaru in March 2021, presented by the Dunedin Arts Festival and Tour-Makers. See tourmakers.co.nz for more details and to book.