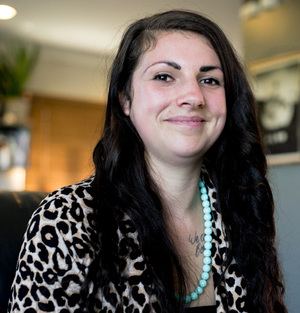 Symptoms: Triggered by stress during pregnancy (and post pregnancy) while trying to organise a wedding and an overseas trip. Severe reflux with her second child triggered postnatal depression.

"What I thought in my head was: “I don’t want to feel like this on my wedding day.”

And that’s what made me be honest with myself and with everyone else. It was amazing, because as soon as I did start talking to mums, I reached out to my best friend of 10 years who then told me that [she’d] been suffering with the same thing for such a long time.

Prior to getting pregnant, I had this awful work situation. It was very much a catalyst for everything else because it almost got me into a rut.

I love being pregnant. There’s something amazing about it [and] my first pregnancy was incredible; it’s very empowering. [But] I had this horrific morning sickness the whole way through my second pregnancy and I almost felt ripped off – “This isn’t how I remember it”. 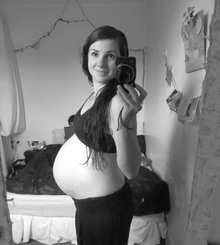 Choiwee Moon when she was pregnant. Photo: Supplied

Then the birth [was followed by a baby with] reflux at three weeks.

He would feed for about an hour and then scream for an hour, and you’d finally get him back to sleep and then he’d sleep for an hour, then he would wake up and do the same thing again – every night.

And that was a feeling of absolute helplessness, like there is nothing you can do. I felt like I was failing.

The biggest influences for me in getting help were my support team; my husband [and] my best friend, [and] other mothers and friends I’m very close to."