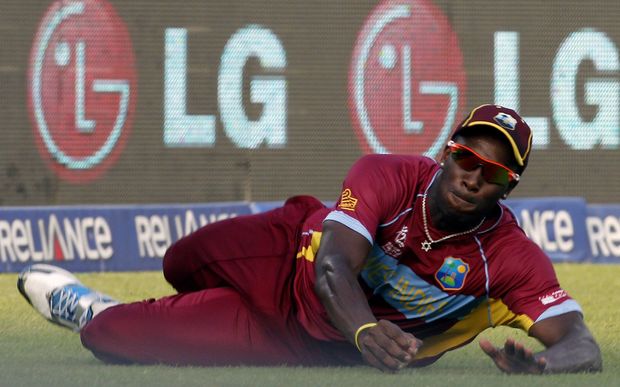 The West Indies aren't rated as having much of a chance at this year's World Cup, with many pundits suggesting they'll struggle to advance from the group stage.

They are a team that's been plagued by infighting between the players and the West Indies board in recent times, with pay disputes among other issues causing friction and fractures within the side.

They will be without two of their best players due to the problems above, with key all-rounders Dwayne Bravo and Kieron Pollard left out of the squad.

Star opening batsman Chris Gayle has accused the West Indies Cricket Board (WICB) of victimisation following the pair's axing, which he feels has little to do with their performance on the pitch.

Gayle has openly admitted the team would be weakened by the loss of both Bravo and Pollard in the batting and bowling departments.

Bravo, who was captain of the team, and Pollard were seen as leading the player revolt in India that forced the abandonment of the West Indies tour to the country last October after a pay dispute with the WICB.

It is that lack of stability that many believe will make it hard for the West Indies to make an impact in this tournament.

Inexperienced fast bowler Jason Holder has been appointed captain and in another setback, star spinner Sunil Narine, who is second in the one-day bowling world rankings, withdrew from the squad to give himself more time to work on his bowling action, which was reported as suspect last year.

Gayle, the key to the Windies chances, has an inimitable Twenty/20 record but his recent form in one-dayers, the 50 over format of the game, leaves a lot to be desired.

The powerful left hander has scored just one century in his last 32 one-day matches.

Many believe the West Indies will be relying on individual brilliance from the likes of Gayle rather than a collective team performance to win matches at the World Cup.

The Windies are eighth in the one-day world rankings.

They don't have a single batsman inside the top ten ODI rankings and with the loss of Narine, the world's second ranked one-day bowler, they're also without any bowlers in the top ten rankings.

The West Indies are in pool B alongside South Africa, India, Pakistan, Zimbabwe, Ireland and the United Arab Emirates.

Their first match is against Ireland on 16 February in Nelson.