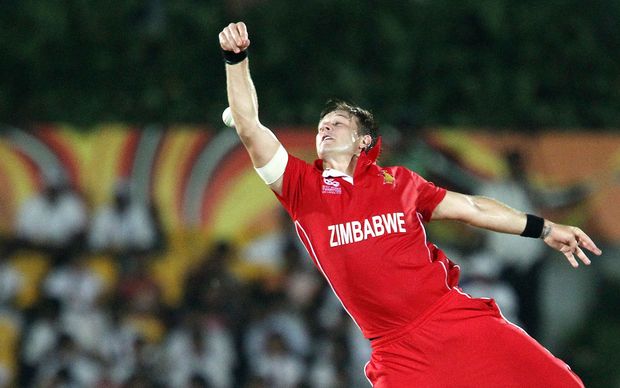 Kyle Jarvis fields from his own bowling during a match between South Africa and Zimbabwe. Photo: PHOTOSPORT

Zimbabwe go into the Cricket World Cup as the lowest ranked of the top playing nations.

They're 10th in the one-day rankings, with just Afghanistan and Ireland behind them.

Zimbabwe first competed at a World Cup in 1983 and has competed at every one since, with their best result making the Super Six stage in 1999 and 2003.

They will again struggle to make the quarterfinals and their group B matches against Ireland and the United Arab Emirates will be crucial if they're to advance.

They are also likely to need a result against one of the big sides in the group: South Africa, India, Pakistan and the West Indies.

Zimbabwe have certainly had some stars of the game over the years, including Duncan Fletcher, David Houghton, Grant and Andy Flower, and Heath Streak, while Graeme Hick got his start in the game there.

Whatmore has experienced players like Brendan Taylor and Hamilton Masakadza, while the team is captained by Elton Chigumura, who has played more than 160 ODIs.

Capturing wickets could be the main source of concern for Zimbabwe.