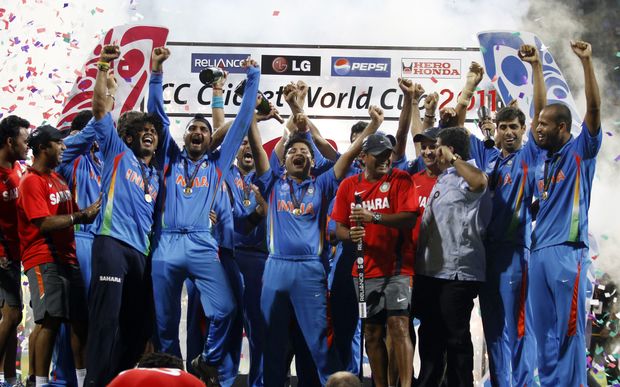 The defending World Cup champions India are not considered one of this year's favourites.

They are still second in the one-day international rankings, but failed to win a game against Australia and England in the recent tri-series tournament.

The conditions are not likely to play to the strengths of India's spinners either, while some members of the team have gone without a decent break from the game in almost a year.

The side's already questionable fast bowling attack has taken a hit with the fitness of Ishant Sharma and Bhuvneshwar Kumar in doubt heading into the tournament.

They find themselves in the same group as Pakistan and South Africa, against whom they have contrasting streaks on the go.

India has never beaten South Africa at a World Cup, while they've never lost a game against fierce rivals Pakistan at the tournament.

Fans will be hoping the latter streak isn't broken on 15 February in a game that Australian media is already predicting could be the most watched in the history of the game.

Much will depend on the form of the side's top order batsmen Virat Kohli and Suresh Raina.

Kohli has scored at a stunning rate in test cricket, but failed to reach double figures in the tri-series.