Fifty-two-year-old Li retired after the Athens Olympics in 2004, but attended both the Melbourne and Delhi Commonwealth Games as coach before returning to the table two years ago as a player.

She'll play both the singles and doubles, with her sister, two-time Olympian Karen Li, who will herself be competing at her fourth Commonwealth Games in Glasgow.

Li has been involved in all of New Zealand's Commonwealth Games medals – gold in the singles, silver in the doubles with Karen and bronze in the mixed doubles and teams event.

Meanwhile 49-year-old Peter Jackson is a part of the five-strong men's team. 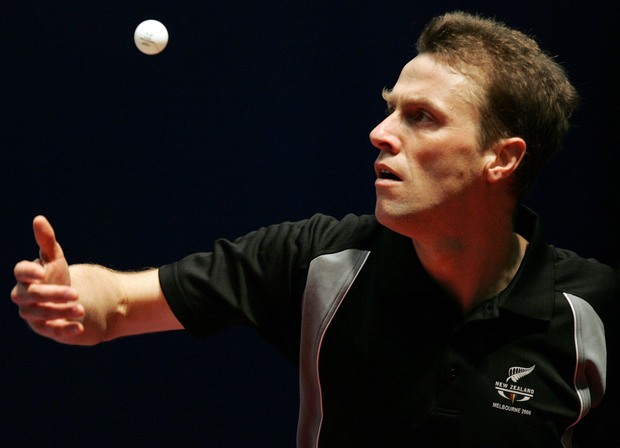 Jackson, who has competed at three Olympics, joined Li Chunli to win the mixed doubles bronze medal in 2002.

He plays in the professional Leagues in France alongside team mate Shane Laugesen.

Jackson's first Olympics was in Seoul in 1988; he then competed in Barcelona in 1992, was an official in Atlanta in 1996 and returned to compete in Sydney 2000.

Jackson is back at the Commonwealth Games again after missing Delhi four years ago.

The New Zealanders will compete in both individual and teams events in Glasgow.