The Silver Ferns will be looking to defend gold and at least equal their entertainment value at the Glasgow Commonwealth Games after a spectacular double over-time win four years ago in Delhi against arch-rivals Australia.

The Delhi match was rated by many as the most fiercely contested game of netball ever seen.

Indeed Maria Tutaia provided one of the enduring memories of the Delhi Games when she slotted the winning goal in the second period of extra-time. 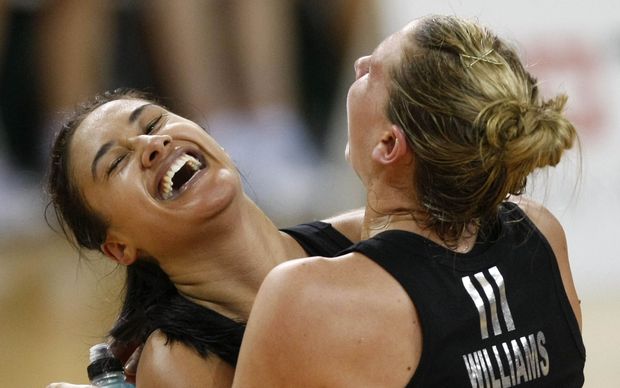 Tutaia's reaction and that of her teammates was special to witness.

Australian netball fans have been irked by the failure of the Diamonds to win Commonwealth gold since Manchester in 2002.

Diamonds coach Lisa Alexander has made no secret of the fact that her side is determined to avenge their Delhi disappointment and it's hard to find any weaknesses in the squad she's picked for Glasgow.

The team underlines the depth in netball across the Tasman and the competition for spots in the national side bodes well for Australia.

In contrast, the Silver Ferns will be without shooting legend Irene van Dyk for the first time in 14 years. Her decision to retire from international netball just days before the squad was due to be announced came as a surprise and saw the elevation of Ellen Halpenny to the side.

Much now rests on van Dyk's understudy Cathrine Latu's ability to soak up the physicality of the Australian defenders.

Liana Leota's mid-court return has bolstered the Ferns and the experienced defensive pairing of Casey Kopua and Leana de Bruin is up there with the best.

Since netball made its debut at the Commonwealth Games in 1998, Australia has won two gold medals and New Zealand, the past two.

England and Jamaica could pose greater threats this year with both sides containing players who have blossomed in the trans-Tasman ANZ competition.