Just what does Prime Minister Jacinda Ardern do all day?

So when you’re running the country, what do you do all day?

Whether you greet that question with a sigh in sympathy for the relentless life of political leaders or like the line from the Knobz song, Culture, reckon you could “buzz around like a Beehive boy”, we now have more insight into a Prime Minister’s work-life than ever before.

Prime Minister Jacinda Ardern has released her diary as part of the coalition government’s promise of more transparency, showing what she does in her “ministerial” capacity. And the first thing to note is that if you want to be Prime Minister, you don’t want to be afraid of meetings or the media. 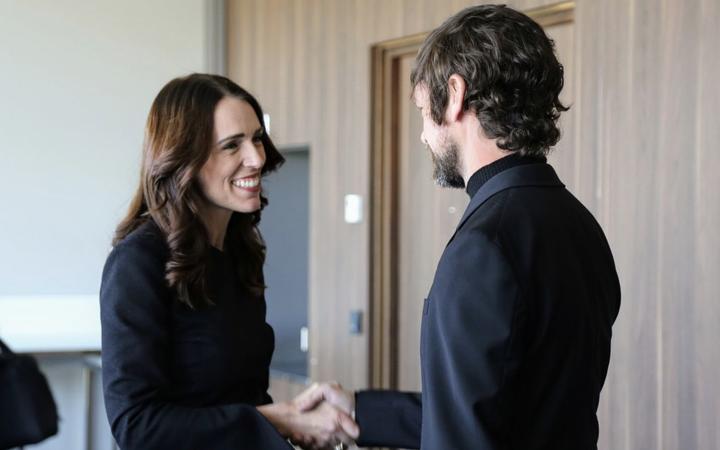 According to the data released, Ardern spends 19 hours a week at diaried appointments; a third of those are meetings and a quarter are media interviews with outlets here and overseas. By comparison, what we’ve called governance – cabinet meetings, Question Time in parliament and the like – amounts for just three percent of her time.

About 22 percent of her appointment time – or about four hours a week – is spent giving speeches or making public appearances.

Some of those numbers might seem low, but the data released by the government to “build trust and confidence in government” only captures “information recorded in the diary of each Minister and Parliamentary Under-Secretary that relates to ministerial business, including meetings held outside New Zealand”.

It doesn’t include appointments related to personal, party political, parliamentary or constituency roles, all of which would be significant given the Prime Minister’s role as head of the government, leader of a party and MP for Mt Albert. Neither does the data include consultation between government parties, which is a substantial role for someone leading a three-member coalition.

A spokesperson for the Prime Minister says, “it’s not unusual for a day to start as early as 6am and finish as late as 10:30pm once travel is factored in, with considerable volumes of reading required outside those times”.

The data made public here includes internal government meetings, and therefore goes further than those other jurisdictions where ministerial diaries are released, such as Britain and New South Wales, the spokesperson said. There are no plans to release further information for greater transparency.

Only a quarter of those appointments are clearly labelled with topics, but those that are suggest where Ardern’s focus has been. Foreign Affairs ranks top of the list, followed by the economy, arts and sports, education and gender issues. Ardern is minister of both National Security and Intelligence and Arts. She’s also Child Poverty Reduction Minister, but her meetings categorised as about children are well down the list. The categories are RNZ’s own.

As you scroll the list, the number of media interviews are hard to miss, especially on Tuesday mornings when she starts her day with weekly appearances on the main radio and TV current affairs breakfast shows. Following the lead of John Key, Ardern is also a frequent guest on commercial radio.

International interest in Ardern, and her willingness to front up, also show little sign of easing.

RNZ counted 71 separate interviews or photoshoots for lifestyle magazines and international media, including a flurry of heavy-hitters while she was in the UK and Europe for the Davos economic forum in January this year. Her media calls there included interviews with The Economist’s editor-in-chief, the BBC, CNN, and the editor-in-chief of Reuters.

US Vogue featured the Prime Minister in its February 2018 issue, photographing her at Bethell’s Beach in a shoot that was tweeted and shared around the world. The Vogue shoot and interview took place during a busy fortnight of international media for the PM a month after she was elected. The fashion bible was one of eight magazine interviews she gave between 21 November, 2017 and 9 December that year – others included Marie Claire and an Australian Women’s Weekly cover shoot, as well as Forbes Magazine.

The Prime Minister’s spokesperson said “speaking to the media is an important and not surprising part of her role”.

The sudden impact of a major event such as the Christchurch mosque attacks is laid bare in Ardern’s diary.

After a speech titled “H2 Taranaki Roadmap”, the entries suddenly change to be all about the attacks, as she meets with victims, media, ministers and her own senior staff.

Ardern spoke on the phone with Australian Prime Minister Scott Morrison on the evening of March 15 and with US President Donald Trump at 8am the next day. Canadian Prime Minister Justin Trudeau called March 17 and British Prime Minister Theresa May on March 18, with further calls from the Emir of Qatar Sheikh Tamim bin Hamad Al Thani, German Chancellor Angela Merkell and French President Emmanuel Macron amongst other government heads in the two weeks that followed.

To analyse Ardern's diary, and those of all this government's ministers, RNZ created a database from the documents published online by ministers’ offices. We then categorised diary entries into broad topics using keyword searches – for example, the “climate change” topic searched for keywords like ‘climate’, ‘greenhouse’, ‘carbon’, ‘ETS’, ‘emissions’, ‘IPCC’; and variations of those words.