After almost a year, Dan Slevin finally goes back to the cinema to watch a Hollywood blockbuster. Here is his verdict on Wonder Woman 1984. 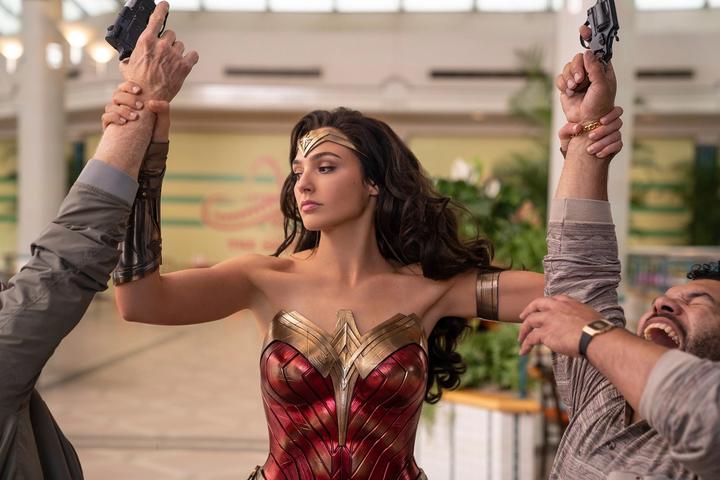 Blockbusters are back in theatres! (At least for some of us.) This time last year we went to see the magnificent failure Cats (reviewed by me with Emile Donovan here) and were very excited to see a trailer for the new Wonder Woman film, reuniting the core team of Gal Gadot and Chris Pine with director Patty Jenkins. At the time we were told to expect it on Queen’s Birthday weekend and we all know how that turned out.

Since then the studios have been scrambling to develop a Covid coping strategy that could reconcile the fact that there was little public desire to see films in theatres even when they weren’t actually forced to close. Add to that, the fact that some territories could go to the movies safely (like us for example) and you can see the complications.

Disney decided to forego theatres anywhere that had access to their streaming service, Disney+. Hence, Mulan not playing in cinemas here and the new Pixar, Soul, going straight to home entertainment. This trend makes running a movie theatre in New Zealand even more difficult than it would normally be.

A few weeks ago, Warners (without a global streaming offer, only their US domestic HBO Max service) made the call to release all their films in hybrid fashion – HBO Max and theatres (for those able to access them) in the US, theatres and digital VOD in territories where lockdowns and restrictions still apply, and theatrical only for places like us.

It’s a decision that shows how fragile the entertainment infrastructure is in the Covid-ridden world but it is a lifesaver for cinemas here. 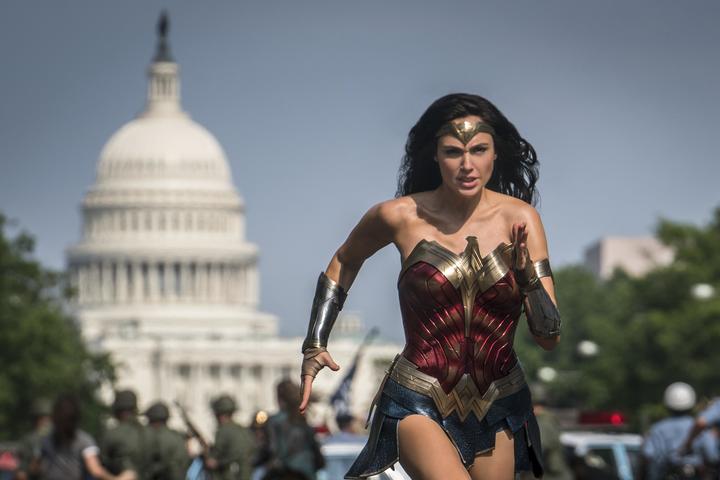 But what of the film itself? Does it transcend the dramas of its release? For an audience starved of big screen superhero entertainment – especially the kind-hearted and affirmative entertainment offered by WW84 – an afternoon or evening at the pictures will be well rewarded. In Wonder Woman-world, the arc of history bends toward redemption and that makes a nice change.

As sharp-eyed readers will have noticed, the action of the new film takes place in 1984 – Reagan’s America (and in fact Reagan’s Washington). Diana Prince is doing science at the Smithsonian, living at the Watergate and continuing her secret life as a hero with a golden lasso.

After foiling a jewel heist at a local mall, she discovers the thieves were after a supposedly worthless piece of rock, but one with a Latin inscription in its base. A stone infused with magical wish-giving powers. It is wanted by a failed business tycoon (played by The Mandalorian’s Pedro Pascal) who believes his fortunes can be turned around if his one great wish is granted. 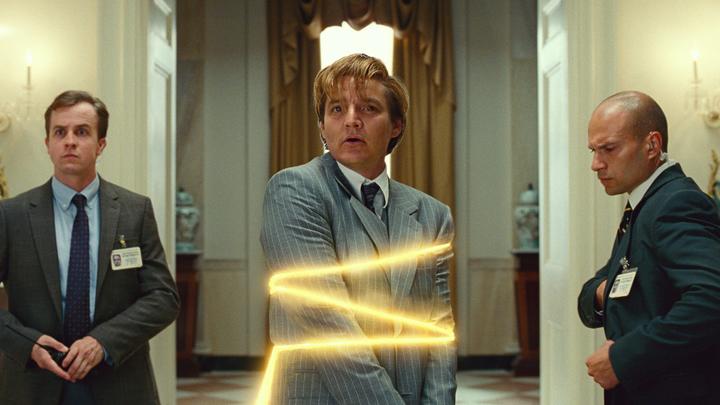 Meanwhile, Prince has a new Smithsonian colleague – Barbara Minerva, played by Kristen Wiig. Minerva seems innocent enough at first, but when she asks the stone to grant her secret wish the perils of that particular temptation are soon apparent. As Diana Prince learnt as a child in the flashback pre-credit sequence, in the end you pay for every shortcut you take. Prince’s own dearest wish is to see her great love, the deceased flyer Steve Trevor (Chris Pine), once again and the magic rock also grants this wish – at a price.

The wishing stone – that everyone keeps describing as a ‘monkey’s paw’ as if that makes it any more logical – and its attendant corruption of everyone around it eventually threatens all life on earth thanks to all those Cold War missiles lying around and the opportunism of certain political leaders.

But having a good heart – and likeability – doesn’t automatically make a good film. It’s longer than Apocalypse Now, for a start, and there’s very little justification for yet more superhero bloat. After the first film was such a success, the producers realised that their greatest asset was the effortless chemistry between Gadot’s Prince and Pine’s Trevor, to the extent that their scenes in the new movie are extended well beyond their usefulness. It also means that there’s a feel of going through the motions when it comes to the action sequences.

Wonder Woman 1984 also has a villain problem. By making the number one antagonist a businessman in a suit, Pascal has to ham up every scene he is in to simply match the heightened circumstances of a comic book franchise. He’s fine but has too little to work with.

And the transformation of Wiig’s Minerva into the Cheetah just feels unmotivated, and the less said about how much that character’s appearance reminded me of Taylor Swift in Cats the better.

That, after all, is where we came in.

Wonder Woman 1984 is rated and M for violence and is playing in cinemas all over New Zealand now. There’s even a 3D version playing in more limited theatres and sessions.