Disney’s Mulan is bypassing the big screen to the disappointment of Kiwi cinema audiences. Dan Slevin assesses what is now a premium online product. 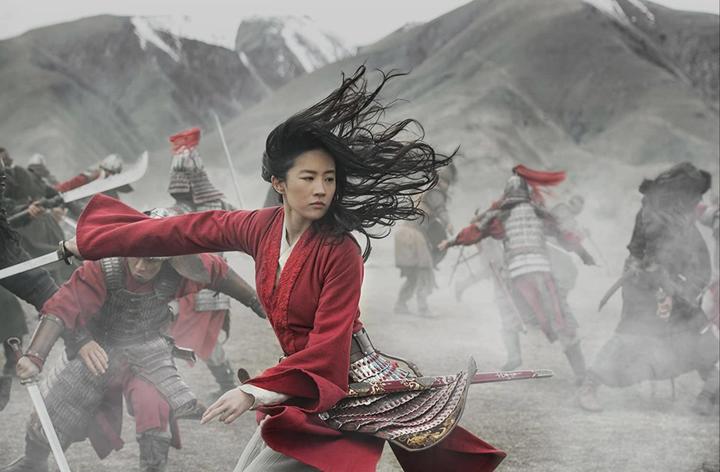 After a dismal few months, Disney is gambling on a new strategy to get their movies in front of eyeballs. With the Covid pandemic keeping cinemas closed – and the public away from the cinemas that are open – dozens of 2020 blockbusters have been delayed or dumped on to streaming services. Wall Street estimates that the entertainment behemoth has lost nearly US$5bn from the closure of theme parks, cancellation of cruises and the absence of their usual box office dominance.

Mulan was originally scheduled for release worldwide back in March but was an early casualty of the crisis. While many movies are still on the slate for eventual cinema release, Disney has taken a new tack and it might just signal a seismic shift in moviegoing habits – or perhaps more accurately "movie-watching" habits. By making the film a premium release on their Disney+ streaming service, the company is bypassing the big screen in the US and many other territories including New Zealand. A cinema release in China (where Disney+ is yet to launch and picture theatres are open) is still on the cards in a couple of weeks.

To give you an idea of what is at stake, Black Panther, a Disney release from 2018, took about $250m on its opening weekend. To make those sorts of numbers, the Mulan offer has to be taken up by about 5 million households (taking into account the fact that Disney+ revenue doesn’t have to be split with cinemas).

We’ll know by Monday, I guess. (Or rather, we probably won’t as streaming and rental numbers aren’t shared publicly the way that box office figures are.)

Mulan is a remake of the 1998 animated musical that was a hit for the company in the days when hand-drawn animation and mock-Broadway musicals were Disney’s staple fodder. Since 2015’s Cinderella, Disney has been successfully leveraging their historical intellectual property with ‘live action’ remakes but Mulan is notable for not bringing the musical numbers across and taking a grittier and action-oriented approach resulting in a PG rating.

Directed by New Zealand’s Niki Caro, and largely produced in Auckland, we have a bit of a stake in Mulan which makes its absence from cinemas smart even more. But the people who worked on the film up and down the country can be proud. It looks spectacular and the production values are a testament to the technical quality that New Zealand crews are capable of.

It’s a pretty thrilling story, too. Yifei Liu plays Mulan, a young girl with a (magical) warrior talent that is destined never to be fulfilled because the role of daughters in the age of Imperial China is simply to bring honour on the family by becoming a good wife. When the country is attacked by brigands and vandals from the north, Mulan’s ageing father (Tzi Ma) is conscripted but Mulan steals his sword and armour and takes his place, pretending to be a man until circumstances require her to demonstrate her skills, her power and her gender so she can save the Empire.

The cast contains many of the greatest living Chinese and Chinese-American stars – Donnie Yen (Ip Man), Li Gong (Farewell My Concubine), Rosalind Chao (The Joy Luck Club), Jason Scott Lee (Dragon: The Bruce Lee Story) and an almost unrecognisable Jet Li as the Emperor – but it’s the cinematography by Australian Mandy Walker that made me really miss seeing Mulan on the big screen. The colours in particular are gorgeous and you add those to Niki Caro’s eye for a frame there are moments that are simply breathtaking.

There are many angles that a reviewer could take looking at Mulan. A lover of the original animation could do a compare and contrast looking for that kind of clever fan service that Disney’s remakes have been specialising in but I am not familiar enough with the original, I’m sorry to say.

An expert in modern Chinese geo-political and cultural tensions might have a field day with the clear message of fealty to an authoritarian (but benign) government. That’s not my expertise either.

And of course it goes without saying that an Asian reviewer will have an essential perspective that I can’t provide.

What I can say is that Mulan is a visual treat with some thrilling moments and a winning lead performance and that it deserves a dark room and a big screen – the biggest you can find.