Review: The Place Promised in Our Early Days

Dan Slevin returns to Japan through the medium of a classic anime romance, The Place Promised in Our Early Days. 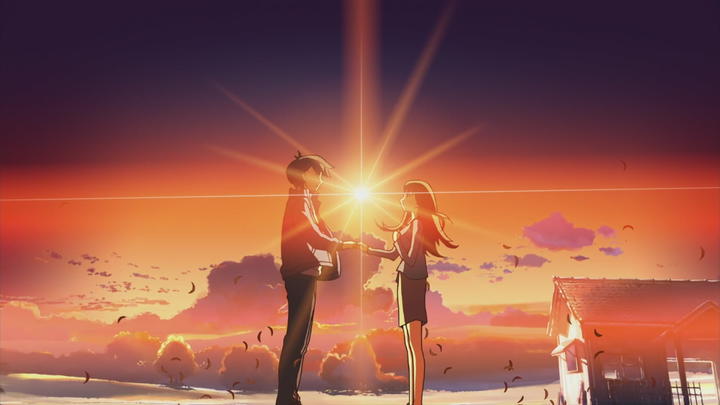 Introduced to Japanese animation, like so many others, by the magical Ghibli works of Hayao Miyazaki and Isao Takahata, I have been forced by the relative lack of new Ghibli material to dig a little deeper. This just happens to have coincided with the emergence of 47-year-old Makoto Shinkai as a major artist. His most recent two films, Your Name (2016) and Weathering With You (2019) have been smash hits and now his earlier work is getting some well-deserved attention.

The Place Promised in Our Early Days is from 2004 but seems pretty up to date in its concerns about the damage that technology can do and the need to maintain a relationship with mystery, nature and spirituality.

And also, that the portal to that understanding will often be found through a young man’s love for a powerfully mysterious teenage girl. 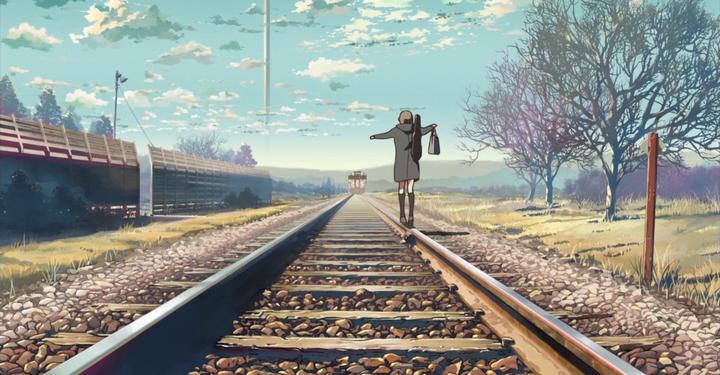 The Place Promised in Our Early Days, as the title implies, also has a core of nostalgia – for carefree teenage years, friendship unsullied by politics and a love of invention for its own sake.

The film is set in an alternative version of 1996. Japan was riven by civil war two decades earlier and the northern island of Hokkaido has a supposedly independent government (known as the “Union”) while the rest of Japan is under the military rule of the United States.

The Union has constructed a miraculous tower near the border between the territories, rising through the stratosphere almost to space itself. The atmosphere around the tower is dangerously unstable and no one from the southern side has ever been close enough to take a proper look but hundreds of scientists spend every waking moment studying and looking for clues about its purpose.

Two teenagers, Hiroki and Takuya, spend their final school holidays in the north on work experience at a (frankly pretty sleepy) factory making military equipment. In their spare time, they are repairing a crashed drone with the hope they can fly it to the tower before end of the summer. They have also struck a friendship with pretty Sayuri but before the summer is over, she will have mysteriously (that word again) disappeared.

Jump forward three years and Takuya is working for the southern government on Hokkaido Tower research – the instability in the two-mile perimeter is thought to be evidence of an alternative universe or universes – Sayuri is in a narcoleptic coma that might have something to do with the tower’s power and heart-broken Hiroki is still trying to fix the drone so he can check out the tower and prove himself worthy of Sayuri’s love. 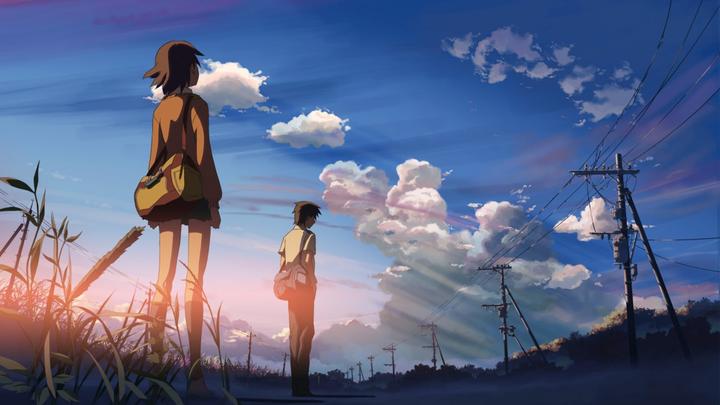 Or something like that. They pack a lot of plot into these movies.

Like Your Name and Weathering With You, both of which I loved, The Place Promised in Our Early Days is at its best when it doesn’t try and get too bogged down in its science-fiction premise and produces frame after frame of lovingly rendered, ultra-specific, scenes of Japanese life. The lyrical sequences in the first act, the amusingly detailed supporting characters, the way Shinkai is prepared to linger on a view, an angle or a close-up are all marvellous.

I find these films to be very calming and I’m going to bury myself in the rest of Shinkai’s back catalogue over the next few weeks.