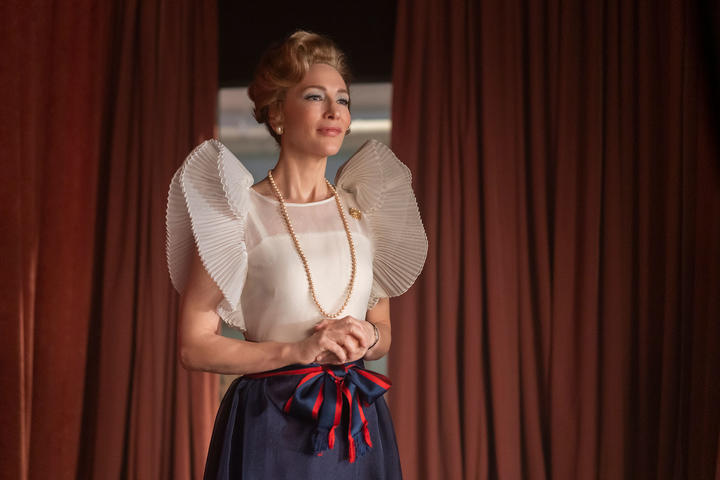 In the limited series Mrs. America, creator Dahvi Waller dives pretty deep into US political history – specifically the campaign in in the 1970s and 80s to introduce an Equal Rights Amendment to the Constitution – and in so doing shows the many different forces that have gone in to that country’s current schism.

It’s very clever like that – on one hand it is a straight up narrative of an important and influential period in progressive political history but while watching you also get to see a bunch of other seeds planted, some of which are yet to be fully reaped.

Cate Blanchett plays Phyllis Schlafly, a staunch conservative who also happens to be passionate about – and qualified in – nuclear proliferation and defence policy. Content on the surface to make tea and take minutes at meetings with lawmakers in Washington, she channels her thwarted ambition into a campaign her Republican colleagues will let her lead – the grassroots movement to resist women’s liberation (or “The Libbers” as they are called). 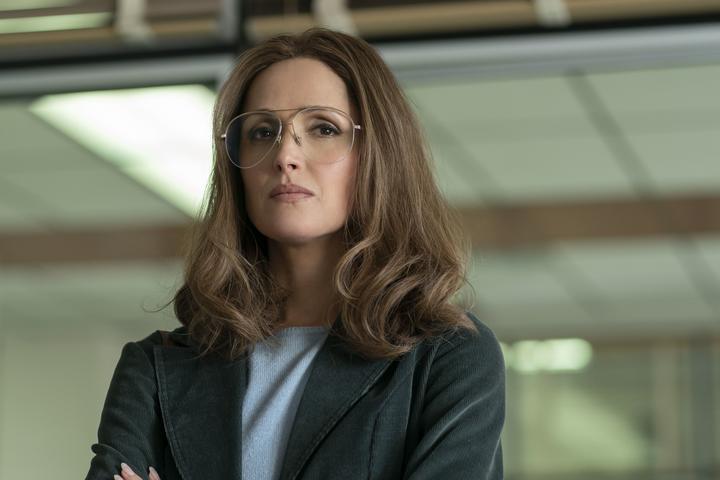 By the late '60s other civil rights and equality causes were gaining much traction and feminist politicians and activists believed that the time had come for an amendment enshrining female equality (and downright emancipation – married women couldn’t open their own bank accounts without their husband’s permission). Schlafly’s political gift was to energise conservative women to oppose the idea through fear – they might be forced to go to work if they didn’t want, they might lose the protection of their husbands and their daughters might be drafted to go and fight in Vietnam.

While Blanchett’s Schlafly is the central figure in the series, most episodes focus on a different woman from each side of the multi-decade conflict. Rose Byrne plays conflictedly glamorous Gloria Steinem, editor of Ms. Magazine and well-known thought leader for the feminist movement. Tracey Ullman – always a pleasure to watch – is Betty Friedan, author of the iconic text The Feminine Mystique, with a weakness for wine and the company of men. 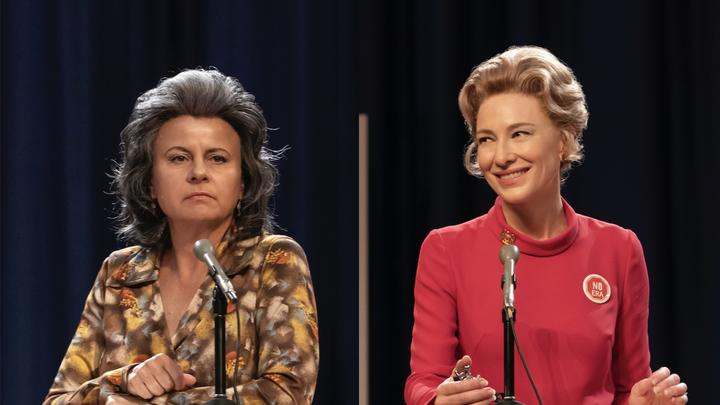 Uzo Aduba shines as the first black woman presidential candidate Shirley Chisholm, who never quite finds herself at home with the mostly middle-class white sisterhood.

And then there’s Sarah Paulson as the fictional Schlafly acolyte Alice Macray, who finds herself frozen out of that once close relationship when her commitment to the cause wavers.

One of many insightful political observations in the series is that the left comes together and campaigns in groups, seeking consensus (or at least offering a big tent to include differing degrees of activism) despite the fact that often slows the process down, while the right prefers to align themselves behind a single charismatic figurehead. But when followers of that figurehead waiver or dissent, there’s no room for them.

Mrs. America has a cinematic look and feel thanks to a set of directors with big screen credits including Anna Boden & Ryan Fleck (Captain Marvel), Amma Asante (Where Hands Touch). It is intelligent, thoughtful and astute and – when it comes drawing any conclusions about our current political situation – it plays its cards close to its chest, but you can still tell what it’s thinking.

Mrs America consists of nine episodes and is streaming now on Neon and it’s rated M for language and sex scenes.