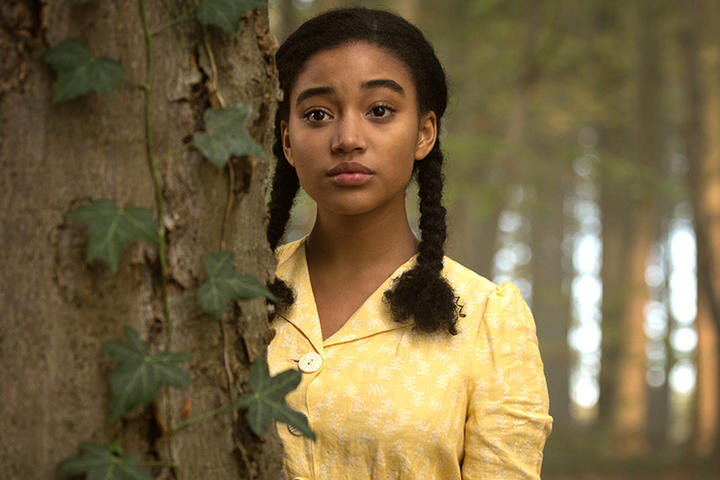 Where Hands Touch is the third in what I assume is a rough trilogy by writer-director Amma Asante about historic bi-racial relationships and the difficulties they face, and it’s the one where the stakes are the highest and the drama is the most heightened.

The first in the trilogy – and her second feature film – was Belle in 2013, about a the daughter of a slave woman and a 19th century British naval officer. A couple of years ago she followed it up with A United Kingdom in which English rose Rosamund Pike falls for David Oyewelo’s King of Botswana, threatening that country’s impending independence.

And now she has found another story of love facing seemingly impossible odds – Nazi Germany in the closing years of World War II. Star-on-the-rise Amandla Stenberg (The Hate U Give) plays Leyna, the teenage daughter of a German woman and a Somali soldier (stationed nearby during the post WWI French occupation of the Rhineland) who, against the wishes of everyone, falls for a spotty example of the local Hitler Youth (George McKay). 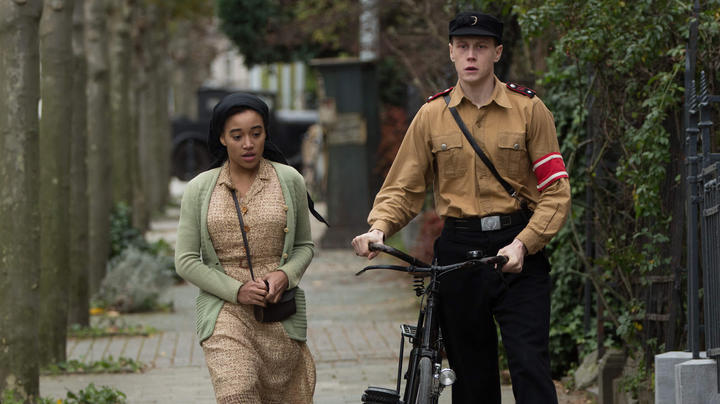 Amandla Stenberg and George McKay as the ill-fated lovers in Where Hands Touch. Photo: Tantrum Films

Evidently, Germany during this period was home to approximately 25,000 bi-racial people who were considered German legally (because of “Aryan” motherhood) but who were destined for quiet persecution anyway. I didn’t think there were any more horrors to emerge from that ghastly place but of course there will be.

The Isle of Man and Belgium (with some digital assistance) fill in effectively for mid-40s Berlin so the environment – and its attendant paranoia – is chillingly recreated. That sense that Leyna and her mother (Abbie Cornish) have of being proudly German and the bewildering realisation that their neighbours don’t agree is a pertinent reminder of the fact that many of our own friends and neighbours here in New Zealand often don’t feel as loved as they should. 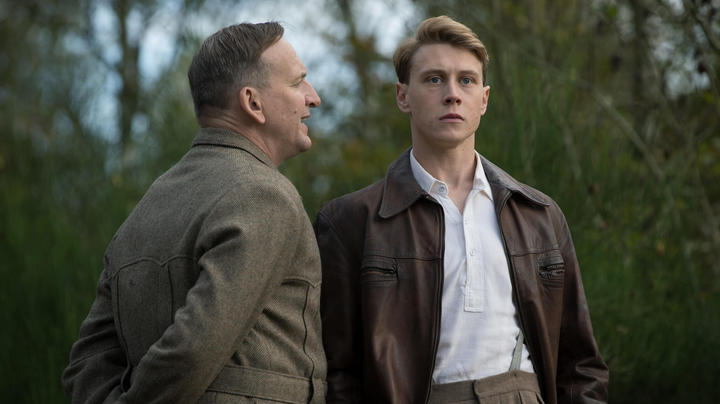 Christopher Eccleston dishes out some advice to George McKay in Where Hands Touch. Photo: Tantrum Films

Christopher Ecclestone as the father plays an example of the ‘good Nazi’ – or at least a conflicted one – but Asante’s film does an excellent job of subtly revealing the depths to which bigotry and racism can burrow themselves right under the skin of otherwise decent people.

Like any Holocaust movie, Where Hands Touch is harrowing material, but Asante’s own touch is mostly sure and understated.

Where Hands Touch is rated M for violence, sex scenes and nudity. Simon Morris interviewed the director Amma Asante on At the Movies on 17 April.