Dan Slevin has finally fallen for ‘reality’ television – but it’s nice reality television. Introducing the empire of affability that is the Property Brothers. 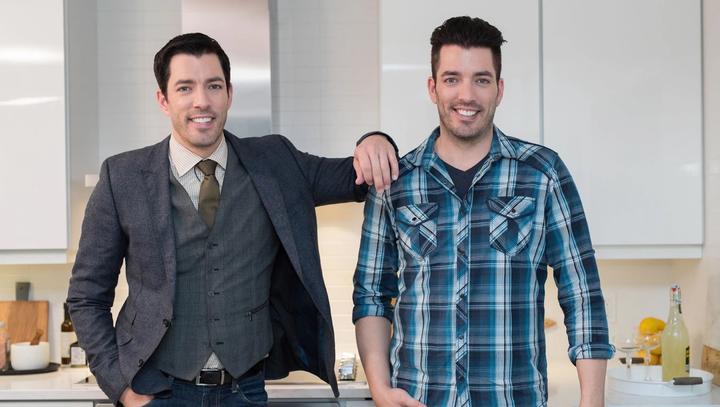 You might think it has been a bit quiet around here recently and you would be correct. The world of real life has been so full of drama that the last thing I have wanted to do at home is experience more of it on screen.

If you also take into account the slim pickings – and attendant habit loss – of theatrical films at cinemas and it’s clear that my mojo as a reviewer of serious art is under some stress.

Besides, all my screen time these days is being taken up with the Property Brothers – the greatest television comfort food yet invented. Half hour stories that are as easy as marshmallow and just as filling – just one more before bed, we cry!

This particular addiction started a few months ago when my wife and I were travelling around the country doing our bit for domestic tourism. Most hotels and motels don’t have Netflix and it doesn’t take too long to scroll through all the Sky or Freeview channels before you are admitting defeat and settling in for a long night of home renovations, luxury treehouse building and Alaskan real estate flipping. 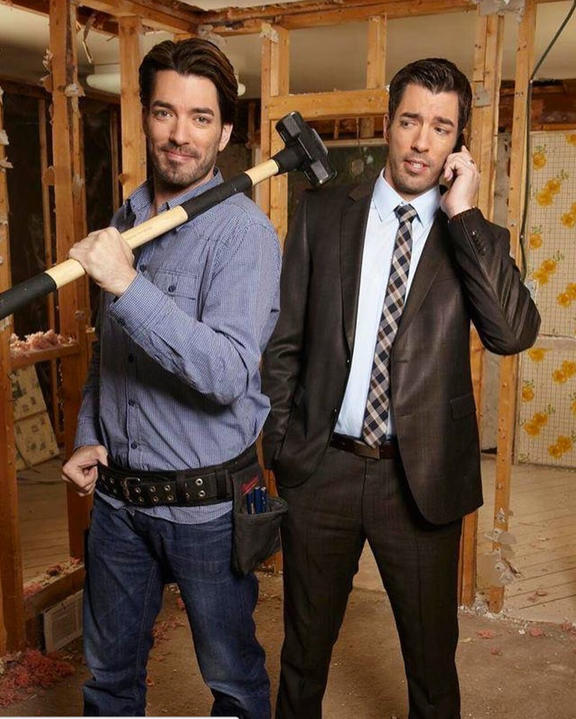 But it was the Property Brothers that has become our obsession since we got home. (Caveat: we have paid access to an overseas streaming service that allows us to binge all eleven seasons of Property Brothers and several of the recent spinoffs. This is not necessarily healthy.)

The Property Brothers are two All-American square-jawed Canadians named Drew and Jonathan Scott – toothsome identical twins with easy patter and early onset dad jokes. Drew is real estate agent. His job is to take the dreams of some very average North American couples and crush them under weight of capitalism. The show always follows the same format – we learn the clients’ hopes and dreams (“open concept”, “somewhere for the kids”, “close to my parents”, “we’re scared of renovations”), Drew shows them something perfect and then tells them that property is going for double their budget.

Then Jonathan, the designer and contractor, steps in and says if they are prepared to look at something a little less, shall we say, finished, he can work his magic and give them their dream home.

They all then go and look at some unpromising properties – when they get to Atlanta many of these appear to be owned by the bank or have otherwise been abandoned – and then the clients have to choose between two of them.

Jonathan then commences demolition during which he discovers some terrible flaw or other (“asbestos!”, “lead pipes!”) which will use up all the contingency in the budget. Usually at some point he tells the clients to leave him alone so he can finish before the final reveal at the end where the tearful clients are simply blown away by the design choices they once doubted, the brothers flirt with everyone and it all ends happily ever after.

They are quite literally all like this. The only variations are in the size of the house – we have seen one apartment renovation – the ethnicity of the clients and the season of the year. It is tremendously satisfying.

Property Brothers is the Ted Lasso of home improvement television. These are nice people, doing nice things for other nice people and the outcome is always tremendously nice. There are other shows on HGTV which are all about the flipping and the profit but this is not one of them.

This is a very frustrating show to watch if you are in the New Zealand housing market because it does give the impression that properties are a) available and b) affordable. There are no auctions and no private tenders, just grown up (and sometimes not so grown up) negotiating. And when they get to the States, that negotiating is often with a bank that has found itself with a portfolio full of foreclosed properties on its hands.

The brothers’ empire has now grown so large it encompasses several spinoff shows including one that focuses on a house being renovated in time for Drew’s own wedding, a series where the original Brady kids renovate the old Brady Bunch house and a new series where celebrities like Brad Pitt sponsor renovations for people who are special to them. Oh, and there is a video game too. 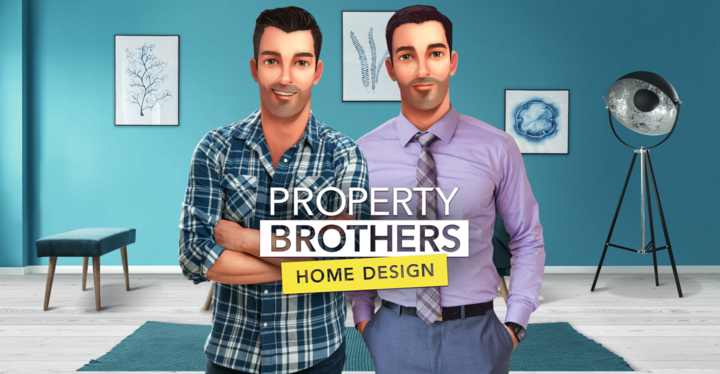 I may never watch anything else again. There’ll be no time.

Property Brothers (or one of its many spinoffs) is on the HGTV channel (via Freeview Channel 17 and Sky Channel 21) or Choice TV (Freeview terrestrial and satellite Channel 12, and on SKY Channel 024). HGTV and Choice are also available on demand/delayed via hgtv.co.nz or choicetv.co.nz.