Dan Slevin hates it when he likes things he is supposed to hate. 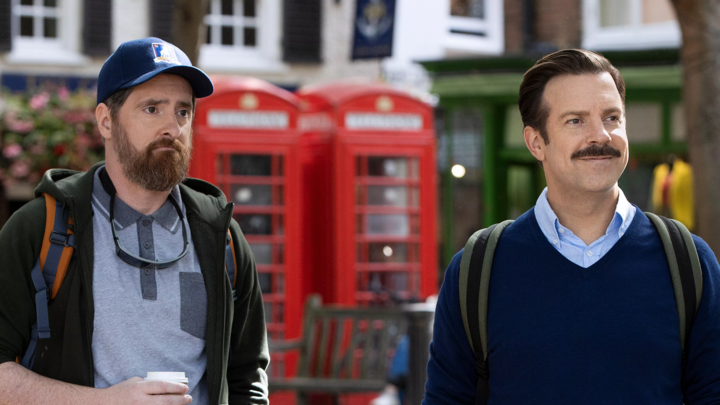 It’s a very odd feeling – to stumble across a TV show late on a Saturday night that in every aspect appears to be something you’ll hate but then find after about ten minutes that you love it and you binge all six currently available episodes in one go.

I don’t really do comedy. I’m more of a prestige drama man, now. 30-minute sitcoms are even less my style. I’ve watched the greats, obviously. Dad’s Army, Fawlty Towers and a few episodes of Cheers, but for the most part I have found life to be too short and there are too many good actual films to get caught up in “shows about nothing” or “shows about groups of friends”.

I’m not a big fan of Jason Sudeikis, either. In fact, I have given him scathing reviews for this very website. I usually find his pseudo-likeability to be the opposite of charming – a one-joke schtick that gets old very quickly.

And don’t start me about football. Football is the blood running through my veins, a source of distress and drama. As a West Ham fan, football is tragedy played out every week. Football is not a source of comedy, especially not an easygoing, soft-centred, delightfully watchable comedy like this one.

That’s right, the new Apple TV+ comedy Ted Lasso, based on a brief ESPN skit from a few years ago, won me over. I’m still not quite sure how it happened but here we are.

Ted Lasso (Sudeikis) is an American Football coach brought over to the UK to manage a very small and under-performing Premier League soccer team called AFC Richmond. They are so small, they appear to have no other coaching staff apart from Ted (and off-sider Coach Beard, played by Brendan Hunt) and only one person on the backroom team, kit man and groundsman Nathan (Nick Mohammed).

Why has Lasso been given this unlikely assignment? Because the owner of the club, Rebecca (Hannah Waddingham), won it in a divorce settlement and it is her ex-husband’s pride and joy. Destroying it will be her best revenge. Employing a genial doofus like Ted, especially one who knows nothing about professional football, will surely guarantee disaster, relegation and bankruptcy.

But Rebecca did not reckon with the sheer unadulterated goodness that flows from Ted Lasso: a genial, friendly, supportive paragon of a man who eventually wins over even the most unlikely of players – the ageing hardman captain who has lost a yard or two (Brett Goldstein), the arrogant young star on the rise (Phil Dunster) and the naïve young Nigerian import (Toheeb Jimoh) and the hard-boiled Fleet Street hack (James Lance).

At first you think that Lasso is that classic trope, the innocent abroad, but eventually you realise that he has a gift, the gift of seeing the best in people and wanting the best for them. He’s the coach of your dreams and the fact that he’s appeared on the scene at a time when we only seem to see the worst of America makes the show a bittersweet watch. 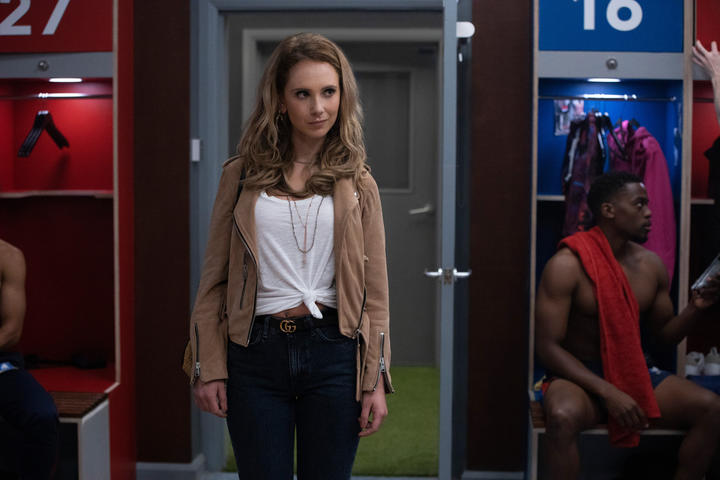 The show itself delights at finding the surprising soft centre of everyone – even the supposed villain of the piece finds it in himself to write a cheque for a million pounds to charity.

At time of writing there are four episodes to go in Season One and I’m saving them all up for the pick-me-up I know I’ll need after West Ham have inevitably lost the first three games of the new Premiership.

Ted Lasso is streaming on Apple TV+ and is rated MA for a quite astonishing amount of bad language for a show that is so benign in every other way. Apple TV+ is available for $8.99 a month or free for 12 months by purchasing a qualifying Apple product.