Dan Slevin reports on Netflix’s new big budget VFX extravaganza (that also tries to have a bit of real life grit in the mix). 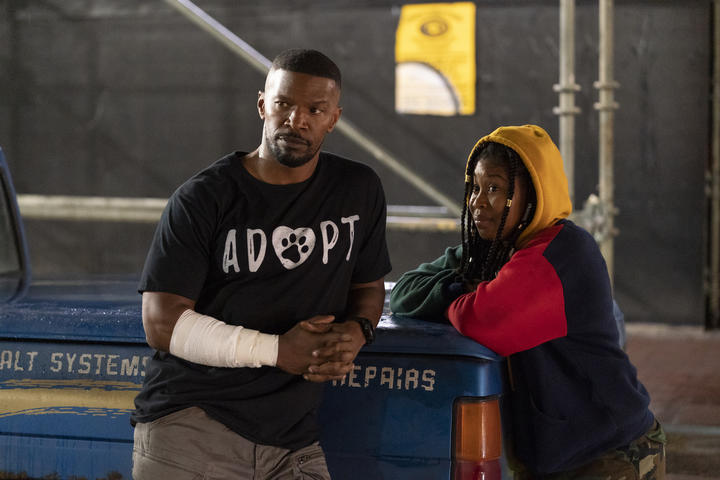 One of the more interesting developments at the movies recently has been the canny co-opting of genre movies by Black filmmakers using the familiar tropes of horror and thriller to illuminate and discuss the reality of Black lives in modern America.

Jordan Peele’s Get Out and Us are sensational examples and on television this week HBO’s Lovecraft Country (also executive produced by Peele) does something similar with the monster movie. You can expect to read and hear more about that as the week goes on and the early reviews are filed.

At first glance, the new Netflix action adventure Project Power feels like it does similar work. It’s set in the largely Black communities of New Orleans where the scars of Katrina are still visible and social inequality is a fact of life. It stars two charismatic Black performers, Academy Award winner Jamie Foxx and Dominique Fishback (The Deuce) playing a high schooler despite being close to 30 in real life. The pair team up to investigate (with urgency) the origins of a mysterious pill which gives the taker a personalised superpower for precisely five minutes. 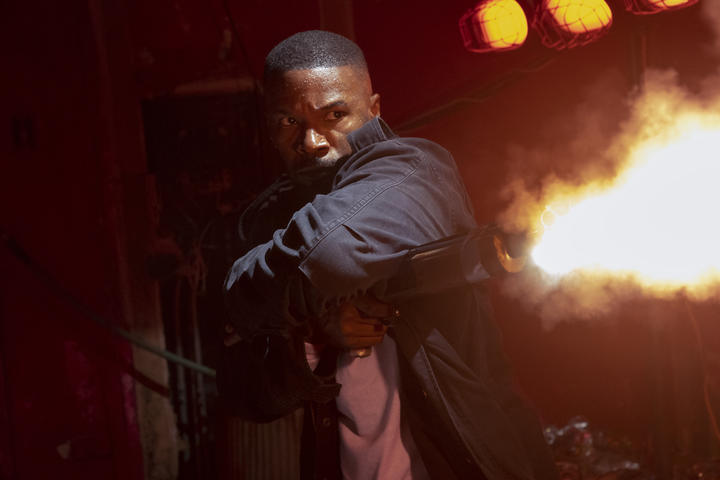 The pill is spreading like wildfire within the New Orleans criminal community and Fishback’s Robin is a dealer trying to raise money for her mother’s health costs and Foxx (as The Major) is looking for his missing daughter, an early casualty of the new drug’s development.

In the lulls between action set-pieces, on the road in his pickup and in the veterinary clinic where she stitches him up, the conversation flows to Black experience and the sense of history being stacked against a community that’s just trying to get by. This film is, as the saying goes, woke.

The soundtrack features Mick Jenkins’ track Drowning in which the lyric “I can’t breathe” is a conscious reference to the police killing of Eric Garner in 2014. Even the casting of background extras gives it a gritty reality that contrasts with the bleeding edge science-fiction effects that include a human torch and a man whose every joint bends double.

But Project Power isn’t the product of an African American auteur with a keen understanding of Black history and all of its attendant ironies. It’s a debut (produced) screenplay by Mattson Tomlin who specialises in high concept genre pictures, and who has his name on the next Batman, and directed by the team of Henry Joost and Ariel Schulman, probably best known for the original documentary Catfish (and its TV spinoffs) and Paranormal Activity 3 and 4. 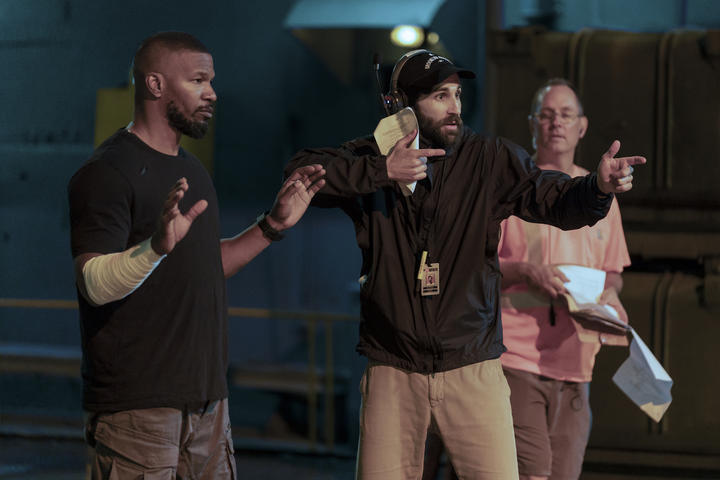 So, the Blackness of Project Power is really just a coat that’s been slipped on but it’s a coat that doesn’t fit so well. At least it wouldn’t, if it wasn’t for the excellent close quarters work by Foxx and Fishback who invest their scenes together with some nice chemistry. Fishback, in particular, should get some starring roles on the strength of this.

Like most action pictures these days, ‘action’ is a synonym for violence and there’s plenty of crunchy hand-to-hand business even if the choreography renders a lot of it as just a dark, noisy mess. If you are lucky enough to watch this on a screen with Dolby Vision, you’ll be deeply impressed by the richness of the colours – cinematography is by Michael Simmonds who is very good at night – but we found we had to turn up the audio so we could hear the dialogue but then got blown out by the action effects. We don’t have Dolby Atmos audio and that mix might have been better – the 5.1 was hard work.

While competence is a low bar these days, I have to say that most of Project Power is a reheating of some old action movie leftovers and the best things about it come from someone else’s kitchen entirely.

Project Power is streaming on Netflix and is rated 16+.