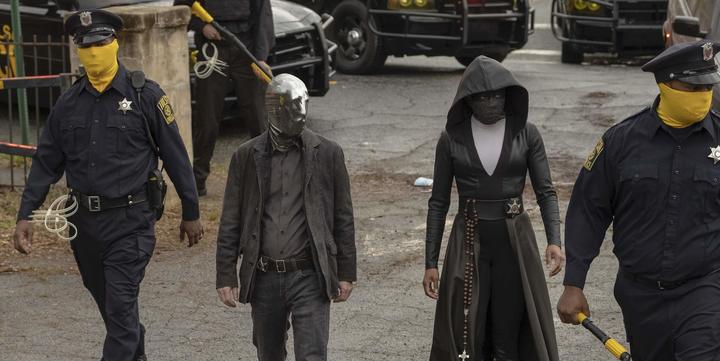 There are lots of really good articles about Neon’s Watchmen online but I won’t recommend any of them to you right now because the best assume you’ve already seen all nine episodes and my job here is to persuade you to watch them.

Because of the Christmas break, family and traveling, we ended up only watching two episodes of the show up until New Year and then smashed out the last seven in a couple of days last week. We were left exhausted and delirious on the couch as we asked ourselves: what have we just seen?

That may not sound all that appetising, I’ll grant you, but trust me when I say Watchmen will surprise and thrill you in ways most other television can only dream about.

So, here are five reasons why you should add it to your must-see list and do it sooner rather than later.

It’s a Damon Lindelof production. Lindelof came to fame as one of the creators of Lost and is a master of creating mysterious worlds that sort of resemble our own and sort of don’t, populated by characters suffering some kind of unimaginable – and usually unspoken until late in the series – trauma or grief. The masterpiece up to now was The Leftovers, one of the most moving series I have ever seen.

In The Leftovers – based on a novel by Tom Perrotta – two percent of the world’s population have inexplicably disappeared at the same moment. Two percent doesn’t seem like very much in the scheme of things but it is enough in global terms to ensure that no family on Earth is not touched by the loss. Every single person is experiencing their own 9/11 scale trauma and the show is all about how we don’t deal with it very well at all.

With Watchmen, we are confronted with another ‘what if’ world. What if costumed vigilantes known as “superheroes” were real but that their presence in society was fundamentally malign and what their costumes revealed about them was their own deeply damaged psychology.

Watchmen is based on one of the greatest works of literature the late-20th Century produced, Alan Moore and Dave Gibbons' graphic novel for DC comics. But the brilliant thing about this new reimagining is that you don’t have to have read that original work – although for a long while you might be watching and wish you had.

In fact, the show makes no concessions even to people who are familiar with the source material. Apart from what they call easter eggs – fan service moments that reward close attention – most viewers will be just as much in the dark as each other.

Lindelof and his team of writers are not interested in playing all their cards at once, nor are they much interested in explaining what’s been going on. You just have to let it roll over you and trust that, when you do work it all out, it will have been worth it. 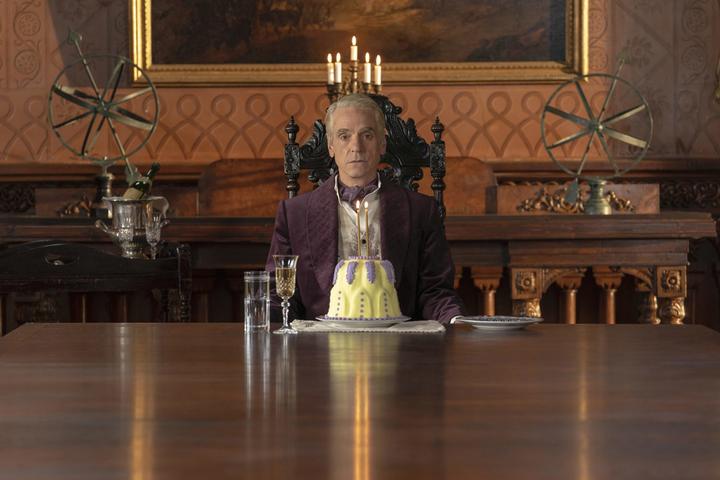 Jeremy Irons is Adrian Veidt/Ozymandias (one of few characters remaining from the original Watchmen). Photo: HBO

But we need a premise to get you in the door, I know. The show is (mostly) set in Tulsa, Oklahoma in the present day. Tulsa bears the scars of a century of racial violence, especially the Greenwood Massacre of 1921 (real and astonishing) and the “White Night” of 2016 (fictional) in which masked racists attacked police resulting in the Tulsa Police Department wearing masks of their own to protect their identity.

The “Seventh Kavalry” are on the march once again, the police chief has been lynched and all sorts of mysterious phenomena are about, including squid falling like rain from the sky. Add to that the fact that Robert Redford is in his third term as a progressive president, Vietnam is the 51st state of the USA (because that war was won) and the most powerful being the world has ever known has said he doesn’t want anything to do with us anymore and gone to live on Mars. 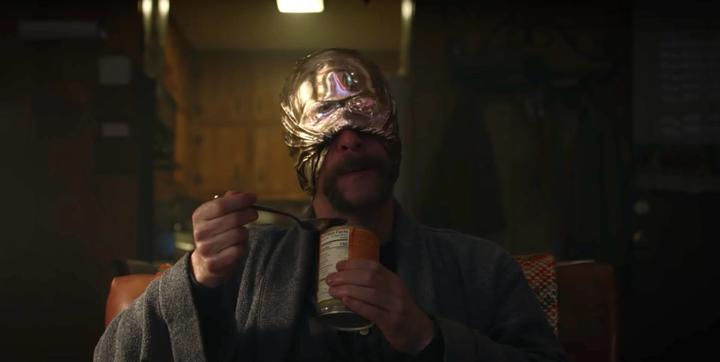 Watchmen takes the fundamental American stain of racism as its theme and starts with a bang: a chilling recreation of the Greenwood Massacre in which a racist mob – deeply offended by the fact that the black community had created prosperity and security for themselves – burned down 35 blocks of downtown, killing hundreds and leaving 10,000 people homeless. Some of the destruction was even caused by aerial bombardment, it was so demented.

That part of Tulsa was known as Black Wall Street, it was so prosperous, but the outraged whites could not stand to see such success paraded in front of them and were determined to see it wrecked. It’s hard to know what the greatest scandal is – the fact that it happened at all or that to this day so few people even know about it.

The Greenwood Massacre is the inciting incident of a very dense and layered plot that slowly ravels and unravels but always comes back to America’s crimes against the humanity in its care. It’s thrilling to see a big budget fantasy epic deal with a topic like that with such fury. 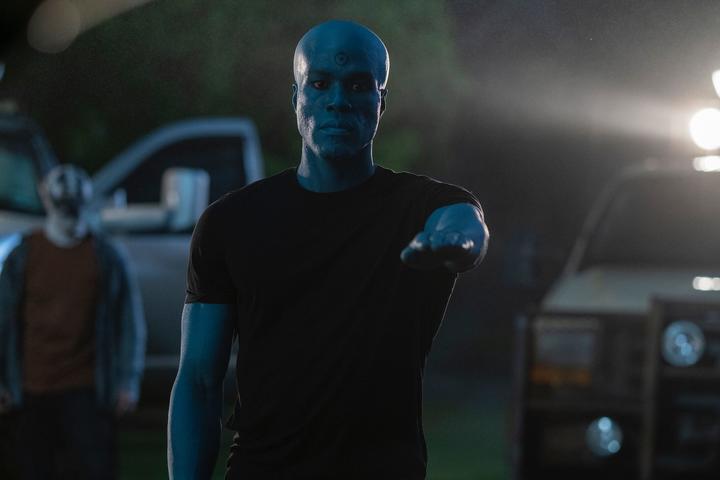 Which brings us to item five: Watchmen is a fantasy epic and it is consistently arresting in its visuals, soundscapes, characterisation and dialogue.

There some visual set-pieces that are jaw-dropping in their design and their effectiveness, storytelling that could only happen with the heavyweight digital technology we have now – and talented artists with the ability to wield it. More times I care to mention I found myself thinking, how much did this thing cost?

I’m a fan of the original book and, for the most part, I couldn’t tell where Watchmen was going. Maybe it wraps itself up too neatly in the final episode, but it also leaves a few questions open. Like, what happens next?

Season One of Watchmen is streaming now on Neon. It’s an HBO production and their stuff usually arrives on DVD and Blu-ray, too, eventually. Also, don’t be too surprised if we end up with a Season Two at some point, although Lindelof seems quite keen to hand it over to someone new.